As the premiere date of Rise of the Teenage Mutant Ninja Turtles: The Movie inches closer and closer, Netflix decided to finally treat fans with some first-look images that reveal some elements of the plot. Once again, the story will center around turtle siblings Leonardo, Rafael, Michelangelo and Leonardo as they protect New York City from evil threats. The movie premieres in early August.

As the movie follows up the events of the Netflix show Rise of the Teenage Mutant Ninja Turtles, much is kept from the animated series that ended its run in 2020. Ben Schwartz, Brandon Mychal Smith, Omar Benson Miller, and Josh Brenner reprise their voice roles as Leo, Mikey, Raph, and Donnie one more time. Also returning are Eric Bauza as Master Splinter and Kat Graham as April O’Neil. As revealed by Netflix in early 2021, the movie will chronicle the Turtles’ greatest challenge yet: A visitor comes from the future to warn humanity that a terrifying alien species known as the Krang are coming to invade the planet.

The images reveal a gloved hand checking out a photo that features April and the Turtles, which probably indicates that someone is out to get them. At the same time, the other images – as fun-looking and colorful as the series, it’s important to notice – reveal the Turtles and April are more than ready for battle. Except when they are seemingly caught off guard by Master Splinter’s sudden arrival.

Rise of the Teenage Mutant Ninja Turtles: The Movie is directed by Emmy winners Andy Suriano and Ant Ward, who previously developed the animated series and worked on the characters’ design, which is distinctly different from previous incarnations. In other Teenage Mutant Ninja Turtles movies and series, the four turtles looked more or less the same, but in this version it’s pretty easy to tell them apart aside from the color of their masks.

The screenplay is by Emmy nominees Tony Gama-Lobo and Rebecca May, who previously co-wrote episodes from long-running animated series King of the Hill. Gama-Logo was also a story editor on both seasons of Rise of the Teenage Mutant Ninja Turtles.

It’s important to remember that this is not the only Teenage Mutant Ninja Turtles project coming our way: In 2023, a CGI-animated movie produced by Seth Rogen is also set to be released in theaters, and villain-centric movies are in development at Paramount+, which could mean that fans might end up with several franchises running at once – depending on how well they’re received.

Netflix premieres Rise of the Teenage Mutant Ninja Turtles: The Movie on August 5. The streamer is yet to reveal the trailer for the animated feature film, but in the meantime you can check out more new images below: 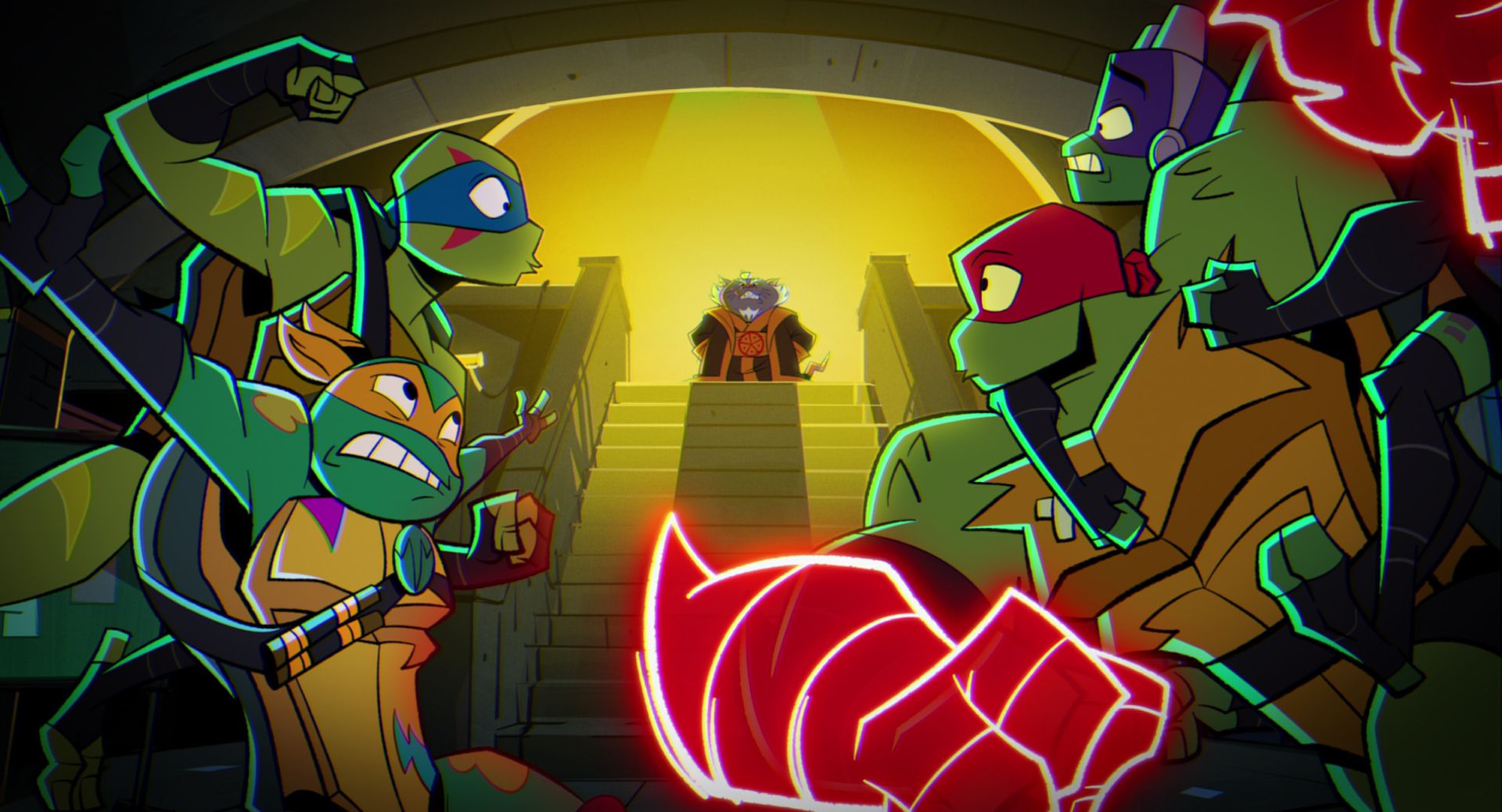