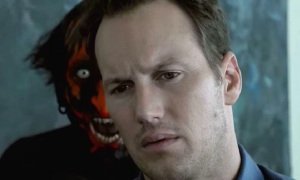 There have been some great modern horror franchises in the last decade that have haunted the genre. While most fans will point to The Conjuring as one of the best, you arguably wouldn’t have that James Wan classic without Insidious. The franchise has been dormant for almost half a decade and there’s been a lot development with the fifth film over the last few years, but now Insidious 5 has an official release date. This underrated horror franchise is returning to theaters on July 7, 2023.

This is great news since we really haven’t had any updates on the film’s development since franchise star Patrick Wilson said the project would start production in Spring 2022 back in February. Wilson, who plays Josh Lambert in the series, is not only returning to the franchise for the first time since his cameo in Insidious: Chapter 3, the horror icon will also make his directorial debut with this highly anticipated sequel. Ty Simpkins will be returning as Josh’s son Dalton as well. Not much is still known about Insidious 5’s plot, but we do know the film takes place 10 years after the original with Dalton now in College.

Dalton’s possession in the first film kicked off this franchise’s unique atmospheric scares and tension that would pave the way for other genre classics like The Conjuring, The Witch, It Follows, and The Babadook. That film also introduced horror fans to “The Further” supernatural dimension which has a lot thematically in common with other now-famous genre places like The Upside Down in Stranger Things. The last time we saw this universe was in 2018s Insidious: The Last Key and while some may argue the three sequels/prequels in this franchise never quite capture the horrific magic of the original, Insidious has consistently been a quality franchise. Particularly Insidious: Chapter 2 and Insidious: Chapter 3 are some of the best horror sequels ever made. The latter of which, directed by The Invisible Man’s Leigh Whannell, is one of the best examples of how to utilize jump scares in the genre.

With the July 2023 release date, Insidious 5 is now entering an extremely packed month. Just a week before the film’s release on June 30 another highly anticipated fifth entry in a popular franchise, the untitled Indiana Jones 5, is finally releasing. Then, just a week after Insidious releases, Mission: Impossible-Dead Reckoning Part One is hitting theaters. Other high-profile releases next July include Barbie, Oppenheimer, and The Marvels. This would tell you that Blumhouse has a lot of confidence in this horror sequel, and it could present some great counter-programing for people not interested in any of the bigger blockbusters. For example, another Blumhouse production The Black Phone has done amazing in its current run this summer even though films like Top Gun and Jurassic World Dominion are dominating the box office. Horror has proven itself in crowded markets before and, with the screenplay being written by franchise co-creator Scott Teems from a story that he and Whannell came up with, this new legacy film is in great hands.

Insidious 5 has all the pieces to succeed, and it’s going to be exciting to see what Wilson brings to the franchise behind the camera. The actor has been one of the most underrated genre performers of the last decade bringing famous paranormal investigator Ed Warren to life in The Conjuring franchise and starring in underrated horror gems like In the Tall Grass. While we wait for Insidious 5 to haunt its way to theaters on July 7, 2023, you can stream the first two chapters of the franchise on Netflix right now.