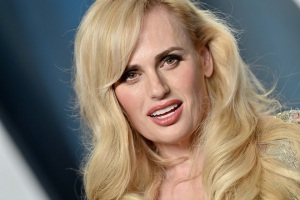 Paramount Pictures is developing a tennis comedy film, titled Double Fault through their Players label, with Rebel Wilson, known for her comedic roles in films such as Pitch Perfect, set to star, according to an exclusive from Variety. Brothers Jim Kehoe and Brian Kehoe, who previously wrote the 2019 comedy Blockers which starred John Cena, Leslie Mann, and Ike Barinholtz, are in talks to write the screenplay for the film.

Plot details of Double Fault remain a mystery, with the only information available being that the film will be a comedy about tennis. While the upcoming project’s details are currently unknown, more information about the film is expected to be revealed as production begins to gear up. Double Fault will be co-produced by Todd Garner, who previously produced the high school comedy film Senior Year, that also featured Wilson as the lead role which centered on a middle-aged woman who attempts to earn her high school diploma after waking up from a 20-year-long coma. Wilson co-produces the upcoming project with Brad Jenkel (The Matador) attached as executive producer. No director is currently attached to the film.

Wilson previously gained recognition for her appearance in several notable projects such as the critically acclaimed 2011 film Bridesmaids, directed by Paul Feig, where she played Brynn. Wilson would continue her comedic appearance in other films such as Night of the Museum: Secret of the Tomb and the Pitch Perfect trilogy. In 2019, Wilson would appear in several notable movies such as, Jojo Rabbit, directed by Taika Waititi, Cats, directed by Tom Hooper, The Hustle, which she co-starred with Anne Hathaway, and Isn’t It Romantic, where she starred as the lead role. Wilson now appears to be making a return to film after a couple of years on hiatus from film, with the release of this Senior Year on Netflix earlier this year alongside the development of Double Fault.

Alongside Double Fault, Wilson is also set to appear in an undisclosed role for The Almond and the Seahorse, a British drama film directed by Celyn Jones and Tom Stern. With Wilson‘s history with the genre, Double Fault could lend itself as a fun and comedic experience for audiences when it is eventually released from Paramount Pictures in the near future.

Due to the film’s early development, no release date has been set yet.