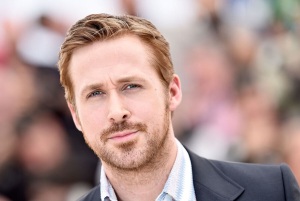 Off the heels of the action-packed Bullet Train pulling into theaters recently, another film from director David Leitch has taken one step closer to release day. The premiere date for his upcoming drama The Fall Guy was announced today by Universal Pictures. The Ryan Gosling-starring film is set to debut in theaters next year on Friday, March 1, 2024.

Based on the television series of the same name that ran from 1981-86 created by Glen A. Larson and starring Lee Majors, The Fall Guy follows a Hollywood stuntman that works as a bounty hunter on the side to make ends meet. This isn’t the first time that Gosling has played a stuntman with a shady side business, as he also starred in the acclaimed cult classic Drive directed by Nicolas Winding Refn. As for Leitch, telling an action story about a stuntman ties closely into his previous work as both a stunt double and stunt coordinator, as well as being the co-director of the first John Wick movie. Joining Gosling in the starring role of the upcoming film is Emily Blunt (A Quiet Place films, Edge of Tomorrow).

Leitch recently sat down at the start of August for an interview with Collider‘s own Steve Weintraub, who spoke to him about Fall Guy. Leitch described the film as a reimagining of the classic series with a lot of drama mined from both sides of the life that the lead character lives from the conflicts of the bounty hunting world to the turmoil of Hollywood, which the latter of the two pulled from anecdotes from the team’s experiences in that Hollywood system. “We’re definitely going to have a lot of fun playing with the movie, our movie experiences inside of this movie.”

The script for The Fall Guy will be penned by Fast & Furious Presents: Hobbs & Shaw screenwriter Drew Pearce. This will be a reunion of sorts for Pearce and Leitch, as Leitch directed the Fast & Furious spin-off film. In addition to directing, Leitch is also a producer on the project alongside Kelly McCormick (Bullet Train, Nobody, Atomic Blonde) for their company 87North as well as Gosling and Guymon Casady (Game of Thrones, Steve Jobs) for Entertainment 360. The film is executive produced by Pearce, Geoff Shaevitz, and the creator of the original Fall Guy television series, Glen A. Larson.

The Fall Guy is set to release in theaters worldwide on March 1, 2024.