Imagine. It’s the mid-’90s, finally Friday, and you’re having a sleepover with your best friends. You already know there’s going to be nothing good on TV, so you beg your parents to take you to your local Blockbuster to pick up a true piece of cinematic beauty like Good Burger or 10 Things I Hate About You. Walking into the rental store, you browse the shelves eyeing up the latest Leonardo DiCaprio or Freddie Prinze Jr. flick, carefully picking out something with a heartthrob in it to gush over your crushes alongside your friends. Ah, the nostalgia. That exact feeling is what will be driving the upcoming Netflix workplace comedy, Blockbuster.

The Vanessa Ramos (Superstore, Brooklyn Nine-Nine) created series will tell the story of the employees doing their best at the last Blockbuster Video in America. While it won’t quite bring back the full memories of those peak days of the rental store, as the last remaining Blockbuster went out of business in 2019, the series will center on the employees attempting to keep their beloved place of employment open for as long as possible.

Randall Park (Fresh Off the Boat) will star as the store’s manager, Timmy Yoon, with Melissa Fumero (Brooklyn Nine-Nine) appearing as one of the team members as well as Timmy’s crush. The rest of the cast includes Tyler Alvarez (Crush), Madeleine Arthur (Devil in Ohio), Olga Merediz (In the Heights), JB Smoove (Curb Your Enthusiasm), and Kamaia Fairburn.

A new batch of photos released today reveals the cast of the series in their perfectly pressed blue polos, khaki pants, and name tags. Like stepping back in time, the last remaining Blockbuster hasn’t changed one bit all these years later. The images depict the characters doing their daily, mundane tasks like restocking the shelves and dealing with customers. While most of the cast will appear as employees of the chain, it appears as though Smoove’s character will be a regular of the rental store.

Hitting Netflix with 10 episodes on November 3, Blockbuster looks like it will be the workplace comedy we’ve been missing from our lives. While you wait for the series’ upcoming teasers and trailers, you can feast your eyes on the first-look images below. 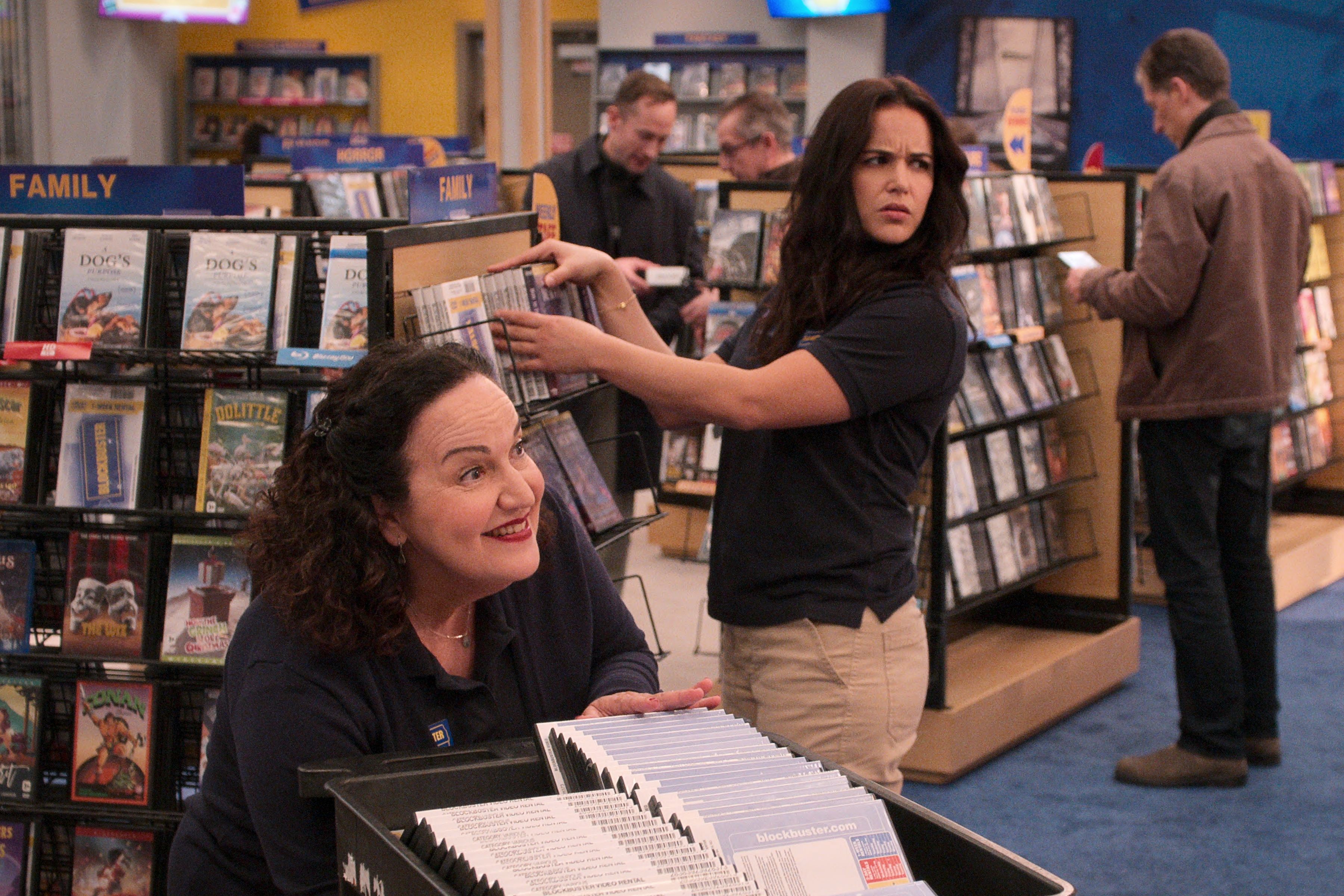