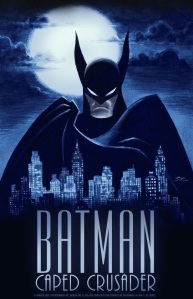 Competition is already fierce for the highly anticipated Batman: Caped Crusader. After Warner Bros. Discovery scratched the animated series from its HBO Max lineup, production continued in the hopes of shopping it to other streamers in order to get more for the series than their own platform would provide. Fans likely won’t have to worry about the show finding a home, as, per The Hollywood Reporter‘s Heat Vision newsletter, Apple TV+, Netflix, and Hulu are all in hot pursuit of the series.

The report confirms that the string of cancellations of original projects, which included Merry Little Batman, The Day the Earth Blew Up: A Looney Toons Movie, Bye Bye Bunny: A Looney Toons Musical, Did I Do That to the Holidays: A Steve Urkel Story, and The Amazing World of Gumball: The Movie, was almost entirely about money and didn’t concern quality. Under David Zaslav, it seems Warner Bros. Discovery wants to return to the days of selling their work to other outlets rather than simply locking all their originals to HBO Max. Although it’s certain to be a shock to creators, it warrants a big sigh of relief for fans eager to see these shows come to fruition.

Caped Crusader was far from the only production shelved amidst the big Warner Bros. Discovery shakeup, it’s probably the highest profile and the one fans were most interested in thanks in part to the people behind it. Bruce Timm, who co-created the widely beloved Batman: The Animated Series, is creating this series as a reimagining of that world with a more adult tone than he was allowed to work with in the 90s. It’s set to follow the earlier days of Batman’s crime-fighting career with a greater focus on his wit than the multitude of gadgets he normally employs. While it won’t be a direct continuation of Timm‘s previous work, he assured it will be as close to a continuation as possible with modern tools to create a show as visually distinct as its predecessor.

Joining Timm are J.J. Abrams, James Tucker, and The Batman director Matt Reeves as executive producers as well. Aside from being packed with people who know all things Batman, the series picked up an acclaimed comic writer in Ed Brubaker to take on head writing duties.

Despite the shakeups within Warner Bros. Discovery, Batman has come out of the rubble relatively unharmed. Although the cancellation of Batgirl is a hit to the wider cinematic universe, signing Reeves to a multi-year deal confirms that plans for DC on the big screen run through Gotham for the near future at least. Reeves‘ first run with the World’s Greatest Detective proved especially fruitful for the company, blowing past the staggering $750 million mark at the box office and becoming a legitimate award contender.

We’ll have more on Batman: Caped Crusader as it finds a new home.