Glass Onion: A Knives Out Story is bringing us back into the world of Benoit Blanc (played by Daniel Craig) and now, Empire Magazine is giving us plenty of pictures of the characters we are going to meet, and some of them seem…well, interesting, which is par for the course with a franchise like Knives Out. Now, we’re getting to go on an entirely new case with Blanc and this time, the characters seem to be old friends who are brought together for a mystery-murder game that turns deadly. The cast is stacked and the new pictures give us a good first look at stars like Janelle Monáe, Kathryn Hahn, Kate Hudson, Leslie Odom Jr., Dave Bautista, Edward Norton, and more!

What we know about this film is still limited, but we did get some information about the characters we’ll see. Hahn is playing Claire Debella, a Connecticut governor who is running for a seat in the Senate, while Odom Jr. is scientist Lionel Toussaint, Hudson is a fashionista named Birdie Jay, Norton is tech disruptor Miles Bron, Bautista is a YouTube star named Duke Cody, and Monáe is tech entrepreneur Cassandra ‘Andi’ Brand. Jessica Henwick will play Hudon‘s assistant named Peg, while Madelyn Cline is playing Bautista‘s girlfriend and assistant, Whiskey.

The images include Hahn, Hudson, and Odom Jr. looking at a phone together, and Odom Jr. talked a bit about the relationships that we’re going to see in the film. “I imagine that as complicated as these relationships are, these people have history, so what keeps them coming back together? I thought a lot about the original spark of what brought them together when they were younger. There must be something in it that is joyful. As fraught as we arrive on that island in Greece at the start of this film, that’s now where we began. Love is complicated, friendships can be complicated.”

We also got a look at Norton and Bautista squaring off against each other, and Hahn and Monáe in the middle of an argument, and what’s great about these images is that it seems as if all these characters are so wildly different from each other ,but are brought together by their old sense of comradery, which is a stark difference from the characters and their relationships in the first Knives Out film. It will be fascinating to see how all of these characters play into the larger murder mystery seemingly unfolding around them.

Glass Onion: A Knives Out Story is coming to Netflix on December 23, 2022. Check out the new images below: 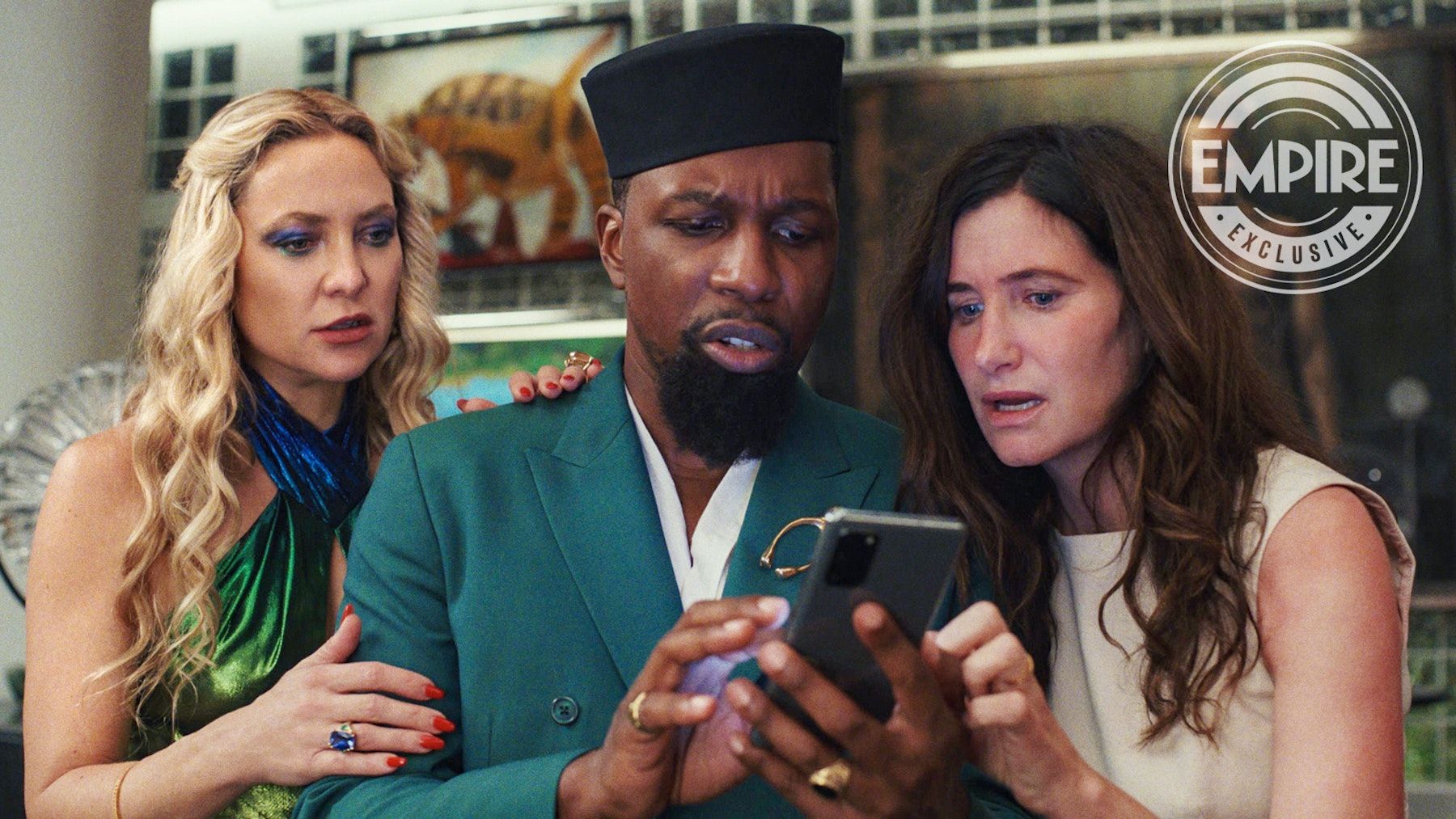