The official first-look images for SYFY‘s unexpected sequel Bring It On: Cheer or Die have just arrived. This new film is the seventh installment of the popular cheerleading saga, Bring It On, but it will mark the first horror effort from the film series. The film will follow a slasher format, telling the story of several high school cheerleaders who start to get picked off one by one after deciding to practice some cheer routines in an abandoned school. Missi Pyle, Kerri Medders, and Tiera Skovbye star while Karen Lam serves as the film’s director.

The first-look images for the new film don’t showcase the horror too much and cause Cheer or Die to appear to be fairly similar to the previous installments of Bring It On, but some stills do brandish dim lighting and a mildly grim vibe. Two of the images showcase a cheer routine that looks standard for the Bring It On film series, and another depicts two girls who seem to be the main characters. Another image presents funny-woman Pyle as an angry school principal, while the last two showcase one of the main characters, who carries a final girl vibe. One photo features the probable main character looking nervous on a bus and the other consists of the girl brandishing a sharp weapon amidst moody blue lighting.

Bring It On: Cheer or Die is penned by Rebekah McKendry and Dana Schwartz and based on a story by Alyson Fouse, who has worked on other Bring It On films in the past. The upcoming horror sequel is produced by Griff Furst and co-produced by Tony Gonzalez and C. Eve Stewart. Gonzalez, who has worked as the choreographer on several Bring It On films, returns as the supervising choreographer for Cheer or Die. Universal 1440 Entertainment general manager and executive vice president Glenn Ross spoke about the upcoming sequel, saying,

“We are excited to team up with SYFY to continue this ever-popular franchise with an all-new installment from renowned filmmaker Karen Lam, the very first female director of the movie series. Featuring a fresh take on the franchise’s historically comedic films, this next chapter showcases a multi-talented diverse cast and will entertain long-time Bring It On movie fans as well as open the doors to the legion of fans who enjoy thrillers.”

The original Bring It On starred Kirsten Dunst, Eliza Dushku, and Gabrielle Union, and was released theatrically in 2000. The film was initially number 1 at the box office for two consecutive weeks and has since become a cult classic. The movie spawned many direct-to-video sequels, including Bring It On Again, Bring It On: All or Nothing, Bring It On: In It to Win It, Bring It On: Fight to the Finish, and Bring It On: Worldwide Cheersmack.

Bring It On: Cheer or Die is expected to air on SYFY this fall. Check out the film’s first-look images below: 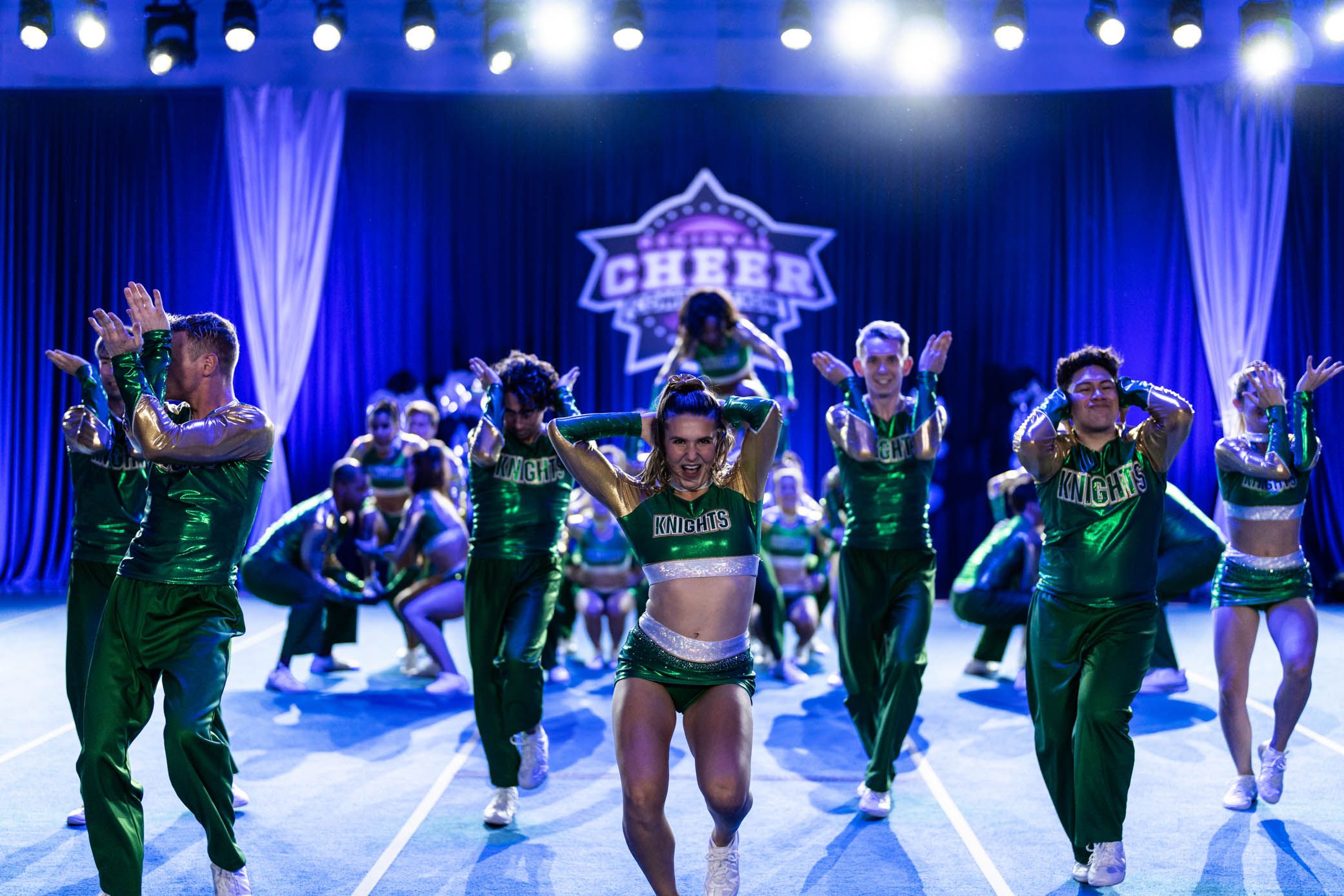