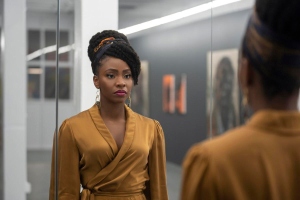 Director Tim Story (Barbershop) and Disney are developing a new holiday film titled Dashing Through the Snow, according to an exclusive report from Deadline, with production already beginning in Atlanta. The upcoming project is set to debut on Disney+ next year on an undetermined date, likely around the holiday season.

Previously starring in the Fast and Furious franchise, Ludacris will star in the film in an undisclosed role alongside Lil Rel Howery (Free Guy) and Teyonah Parris, who recently starred in Wandavision as Monica Rambeau. Additional cast members include Mary Lynn Rajskub (24), Oscar Nunez (The Lost City), Ravi Patel (Meet the Patels), Marcus Lewis (The Walking Dead), and Madison Skye Validum, who is set to star in Netflix‘s Ivy + Bean later this year.

According to Deadline, the film will center on a social worker who hates the holiday season due to past childhood circumstances. However, his life takes a turn when he suddenly is sent on a call as he is spending Christmas Eve with his daughter, and meets an individual who helps him regain the joy of Christmas magic while also angering a local politician. With a traditional holiday premise at the heart of its story, Dashing Through the Snow could potentially be a nice Christmas treat for audiences when it debuts on Disney+ next year.

With a script penned by Scott Rosenberg (Jumanji: The Next Level), Dashing Through the Snow is produced by Will Packer of Will Packer Productions and John Jacobs of Smart Entertainment. Alongside directing the film, Story will also serve as an executive producer alongside Johanna Byer, Ross Fanger, and Zac Unterman.

Alongside the eventual release of Dashing Through the Snow, Disney is also set to release another holiday project with The Santa Clauses, which will serve as a continuation of The Santa Clause films. The show will feature the return of several cast members of the film series, such as Tim Allen and David Krumholtz, and will debut on the streaming platform later this year. Disney also previously released another streaming exclusive holiday film in 2019 with Noelle which debuted alongside the launch of the streaming service. Now with another holiday flick on the way, Disney‘s Christmas catalog continues to grow larger.

Dashing Through the Snow currently has no set release date yet, but expect the Christmas-themed film to debut around the holiday season next year.