The filmmaker behind the 2020 Rebecca Hall-starring thriller discussed his first impressions of the pain-obsessed, inter-dimensional beings when he saw the film as a teenager and how it influenced his work on the Hellraiser reboot. Along with an interview with the enthusiastic director, Entertainment Weekly released the first look at Jamie Clayton’s Pinhead, as well as several other characters in the upcoming reboot, which is set to premiere on Hulu on October 7, as a part of the streaming service’s annual Halloween celebration of all things horror. Bruckner not only gave context to choosing the Sense8 actress to take over Doug Bradley‘s character, but he also introduced a few other actors and new characters joining the Hellraiser universe.

The story of the Hellraiser reboot focuses on Riley, a young woman struggling with addiction and compulsive behavior, who is played by Odessa A’zion (Supercool). One of the images shows her character, who accidentally comes in contact with the puzzle box and unleashes chaos when she attempts to solve it. Joining A’zion’s character is Goran Visnjic (The Girl with the Dragon Tattoo), who plays an elite one-percenter and educated occultist that is fascinated by all the possibilities surrounding the puzzle box, or the Lament Configuration. In addition to Clayton’s Pinhead, suffering comes from a new character as well which Bruckner calls “The Mask” and even describes as one of his favorite Cenobites.

The screenplay for the new Hellraiser film, which was shot last year in Belgrade, comes from Ben Collins and Luke Piotrowski, who are Bruckner’s regular collaborators and writers of Night House, which was loosely inspired by a Hellraiser pitch they gave back in 2012 or 2013 when the rights were still with Dimension.

Hellraiser hits Hulu on Oct. 7. Check out the new images for the reboot below. 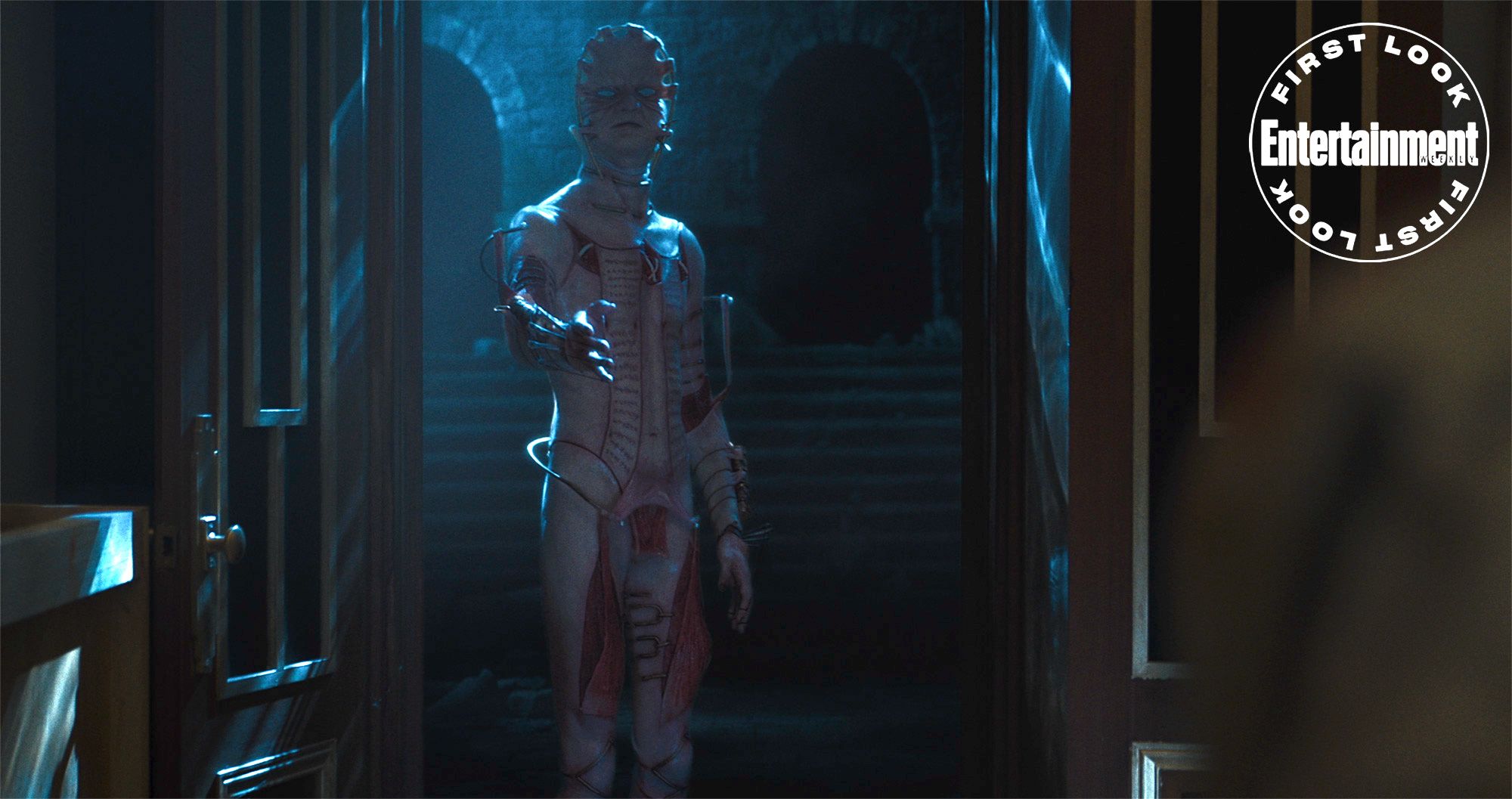