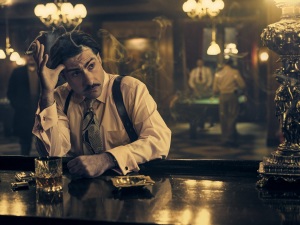 The cast for director Francis Ford Coppola’s upcoming project Megalopolis grows even larger as several prominent actors have recently joined the film, according to The Hollywood Reporter. Coppola‘s sister Talia Shire, who previously collaborated with the filmmaker on The Godfather trilogy as the character Connie Corleone, is set to star in the film with her son Jason Schwartzman, who will also appear in next year’s Hunger Games prequel, The Ballad of Songbirds and Snakes.

Alongside Shire and Schwartzman, Shia LaBeouf, who previously wrote and starred in Honey Boy, also joins the cast of the film with Grace Vanderwaal (Stargirl), Kathryn Hunter (The Tragedy of Macbeth), and James Remar, who is also set to star in next year’s Oppenheimer. Additional details of the roles that the set of actors will play have not been revealed yet. The logline, via The Hollywood Reporter, reads: “The fate of Rome haunts a modern world unable to solve its own social problems in this epic story of political ambition, genius and conflicted love.”

The new additions to the large cast join previously announced members such as Adam Driver (White Noise), Forest Whitaker (The Last King of Scotland), Jon Voight​​​​​​​, who worked with Coppola on Rainmaker, Nathalie Emmanuel (Game of Thrones), Aubrey Plaza (Parks and Recreation), and Laurence Fishburne, who previously starred in Apocalypse Now, another film from the acclaimed filmmaker. As the cast for the film continues to grow, filming for Megalopolis is expected to begin at Trilith Studios in Fayetteville, Georgia from November of this year until March 2023.

Coppola previously directed films such as The Godfather and Apocalypse Now, which are considered by many to be among the greatest films ever made. Development of Megalopolis has spanned for nearly forty years with the director attempting to launch the project several times with the film always remaining in its development status. Despite constant delays, it appears after all these years, Coppola has not given up on the film. Now with a cast lined up and an expected filming period, it appears that the long-gestating passion project from the director is finally becoming a reality.

Alongside writing and directing the film, Coppola will also be self-financing the project, offering himself full creative control to bring the Megalopolis to life. With a large cast of acclaimed actors joining Coppola’s passion project, the upcoming film may potentially be the filmmaker’s magnum opus that could also serve as a great send-off to his legendary career.

Due to the film’s status in pre-production, no release date for Megalopolis has been set yet.