There are so many exciting horror films to look forward to now that the Halloween season has kicked into high gear. One of the more intriguing genre offerings coming in just a couple of weeks is the A24 slasher thriller Pearl. There are countless intriguing and mysterious elements to this X origin story, but now new images for the film have added even more fuel to Pearl’s bloody road to stardom.

The seven new images come exclusively from IMDb and sees Pearl trying to live her best life. However, depending on what moment in time you look at, she might be failing. The first image sees Pearl (Mia Goth) and her future husband Howard (David Corenswet) going for a drive. An eerie look of determination can be seen on their faces. Given where this crazy pair ends up, it’s anyone’s wild guess what horrific act they are about to perform. The next image sees Goth walking down a path next to a corn field with Emma Jenkins-Purro whose role is currently unknown. They appear to be friends of some sort and Jekins-Purro seems to be comforting Goth’s Pearl who has seen better days. Mascara is running down her face which can only mean her quest for fame has hit a major speed bump.

The next few images continue to explore the character’s downward spiral as we see a striking contrast in Pearl’s family life. One scene has Pearl being comforted by her mother (Tandi Wright) while the other image sees the wannabe star contemplating feeding her father (Matthew Sunderland) to the infamous alligator introduced in X. However, if the past trailer is to be believed, the former loving image might all be a façade as Pearl doesn’t seem to have a healthy relationship with either of her parents.

The last few images perfectly display Pearl’s dueling personality. The striking scenes of Pearl getting up close and personal with a creepy scarecrow and lifelessly holding a pitchfork above her head tease her maddening dark side. The last image contrasts that as Pearl is living out her dream dancing the night away. This is the persona she wishes to have, but if the blood-soaked events of X are any indication, this dream is not going to have a happy ending.

Pearl instantly became a star when X released this past March and that’s why it was so exciting when director Ti West announced that he secretly made a prequel surrounding this gleeful murderer. There was a lot alluded to in terms of Pearl’s past and the themes of broken dreams paired with the tragedy of aging went a long way to make her a deeply compelling character. Whether it was her unique romance with her husband, her creative kills, or Goth’s brilliant duel performance, Pearl become a horror legend. This prequel looks like it’s taking all the most entertaining elements of X, putting Pearl in her youthful prime, and fully driving her world off the satisfyingly insane deep end. However, the 1918 old Hollywood setting and bright new energetic color palette ensure that this won’t just be a retread of X.

These new images beautifully showcase the tense and creepy atmosphere of Pearl while also interestingly teasing the relationships she will form or kill off in this zany horror picture. Pursuing fame can do a lot to a person’s psyche, but as horror fans know by now, Pearl will do absolutely anything to become a star. We’ll finally see her dream come true when Pearl makes her killer return to theaters on September 16. Until then, you can view the new chilling images for the film down below: 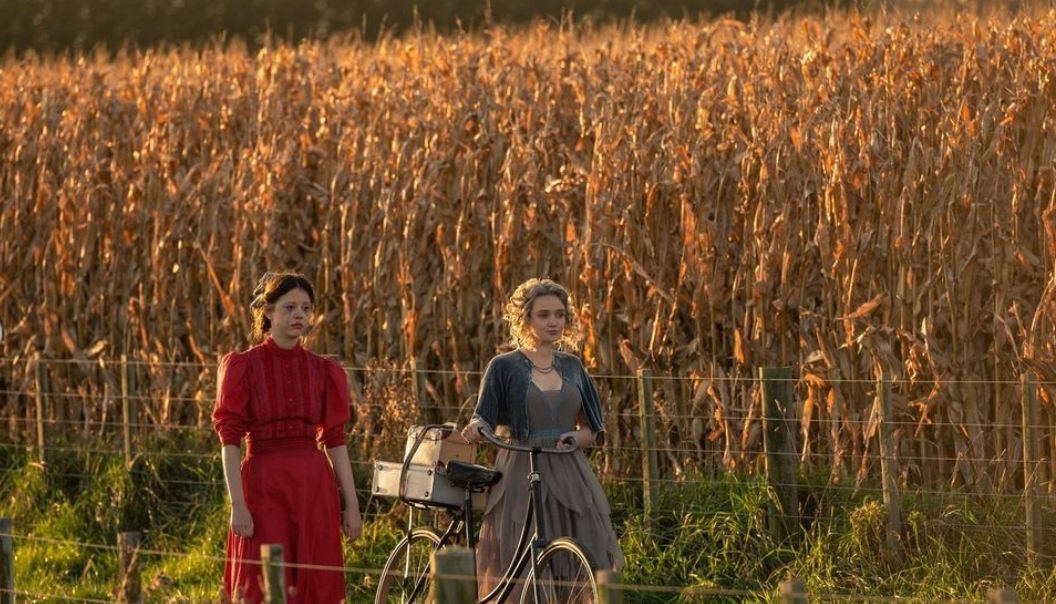