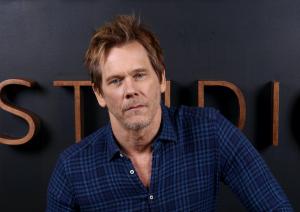 Production is underway on the Eddie Murphy-led sequel Beverly Hills Cop: Axel Foley, though the film is far from done adding star power. Following the recent news that the film was bringing back the old gang of Judge Reinhold, John Ashton, Paul Reiser, and Bronson Pinchot, the highly-anticipated Netflix project has brought in another superstar in Kevin Bacon to star alongside Murphy. He’s just the latest in an ever-growing cast of stars that also features Joseph Gordon-Levitt and Taylour Paige.

Details on the fourth film in the Beverly Hills Cop franchise are currently under wraps, but it’ll see Murphy return to one of his best-known roles as Axel Foley. The series kicked off in 1984 with the out-of-his-element cop making his way to Beverly Hills to solve a friend’s murder. Thanks to its overwhelming success, Murphy‘s career was launched into the stratosphere he had secured him two more stints as Foley in 1987 and 1994 respectively. After the third film’s disastrous reception, however, Murphy hasn’t returned to the role on the big screen.

Despite being quintessential stars of the 80s, this will actually be the first time Murphy and Bacon have shared the screen in their careers. Bacon, of course, achieved superstardom in the same year as Murphy thanks to his appearance in the classic Footloose. That paved the way for a legendary career with roles in Tremors, Planes, Trains, & Automobiles, and Mystic River coming thereafter among so many other roles. Most recently, the actor has been a terrifying conversion camp counselor in They/Them, and he’s enjoyed regular appearances as Jackie Rohr on City On a Hill. He’s also got multiple massive projects on the horizon with The Toxic Avenger and Leave the World Behind, the latter of which will also feature Ethan Hawke and Julia Roberts.