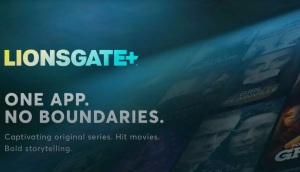 Look out Disney+ and Apple TV+, we’re are getting another streamer with a plus sign. STARZ has announced today that its international streaming service, STARZ Play will be getting a revamp. The streamer which is set to get a new look including a new logo and will now be known as Lionsgate+. The rebranding will affect Starz’s 35 overseas markets while the streamer will remain Starz in the US and Canada. Other brand names such as StarzPlay Arabia along with South and Southeast Asia’s Lionsgate Play will remain the same. The rebrand will make its global debut tomorrow, September 29th.

Starz President and CEO Jeffrey Hirsch put out a statement to the media to unveil the news. Hirsch says while the streaming platform has grown into a global streaming destination, the rebrand will bring “a distinct and differentiated identity” to the platform. Here is his statement in full:

“We recognized the potential of the global OTT market early, and over the last few years we have built an incredible global streaming service, which has become a destination for audiences seeking premium, provocative programming. Operating under Lionsgate+ internationally brings a distinct and differentiated identity in an increasingly crowded international marketplace and builds on the brand equity in the Lionsgate name that our extensive research has proven is strong around the world. Even with the separation of Starz and the Lionsgate studio business, the Lionsgate brand will continue to be valuable to the ongoing success of our international platform.”

Adding a voice to the rebranding, Superna Kalle, president of international networks for Starz, said while the network had built relationships with audiences, it was intent on further pushing boundaries with its storytelling. Kalle added, “Our commitment to deliver bold, curated stories where we push boundaries and defy expectations remains the same. We have built strong relationships with our viewers and look forward to continue providing them premium storytelling as Lionsgate+.”

Lionsgate+, as we will now call it, boasts a vast library of content including original series such as beloved romance series Outlander, political drama Gaslit, which premiered earlier this year, Dangerous Liaisons coming on November 6, and Spanish-language original series like Señorita 89 and El Refugio. Lionsgate+ is also home to Gangs of London and the Power franchise which was subject to speculation of an expansion recently to add a London-based spinoff of the original show.

Stay tuned to Collider for any updates.