Prepare to feast your eyes on your next period piece obsession. Netflix has released a batch of photos for their first upcoming feature under the streamer’s new first-look deal with Sony. The project in question is Lady Chatterley’s Lover, and the sexual tension between the forbidden couple could be cut by a knife.

Dropping audiences in the years following World War I, Lady Chatterley’s Lover will serve as an adaptation of the D.H. Lawrence novel of the same name. In it, the titular woman of high class (Emma Corrin) finds herself less than happy with the life she’s fallen into with her husband Sir Clifford Chatterley (Matthew Duckett). Things begin to steam up for the lady when she develops a sexual relationship with the dreamy gamekeeper, Oliver Mellors (Jack O’Connell). While he may be handsome, Oliver is in a different class than Lady Chatterley, causing even more of a dramatic juiciness for the pair’s love affair.

Today’s image release reveals a feature full of longing and desire. The couple at the center of the scandal receives a close up, with O’Connell’s brooding gamekeeper the primary focus in another look. Ella Hunt’s Mrs. Flint is also pictured looking behind her back forebodingly. Considered by Lady Chatterley to be her first real confidant, Mrs. Flint will play a big role in the story. Another shot features Joely Richardson’s Mrs. Bolton passes on some sound words of advice to the emotionally torn lady in a colorful, vine filled room. The caregiver of the upper class family’s estate, Mrs. Bolton and Lady Chatterley share a special bond that goes beyond what was acceptable between the classes at that time.

Also included in the cast, though not appearing in this batch of images is Faye Marsay, who will portray Lady Chatterley’s protective and wise older sister, Hilda. Laura de Clermont-Tonnerre serves the feature as its director which boasts a script penned by David Magee (Life of Pi). Academy Award nominees Laurence Mark (Jerry Maguire), Pete Czernin, and Graham Broadbent join as producers with Marisa Paiva overseeing for 3000 pictures.

A feature about love, longing, and forging relationships despite deeply rooted societal differences, the first set of images tease that Lady Chatterley’s Lover will pack an emotional punch while raising the heart rate of audiences. You can check out the stills below and engulf yourself in the romance when the movie hits select theaters on November 23 or when it becomes available for streaming on Netflix beginning December 2. 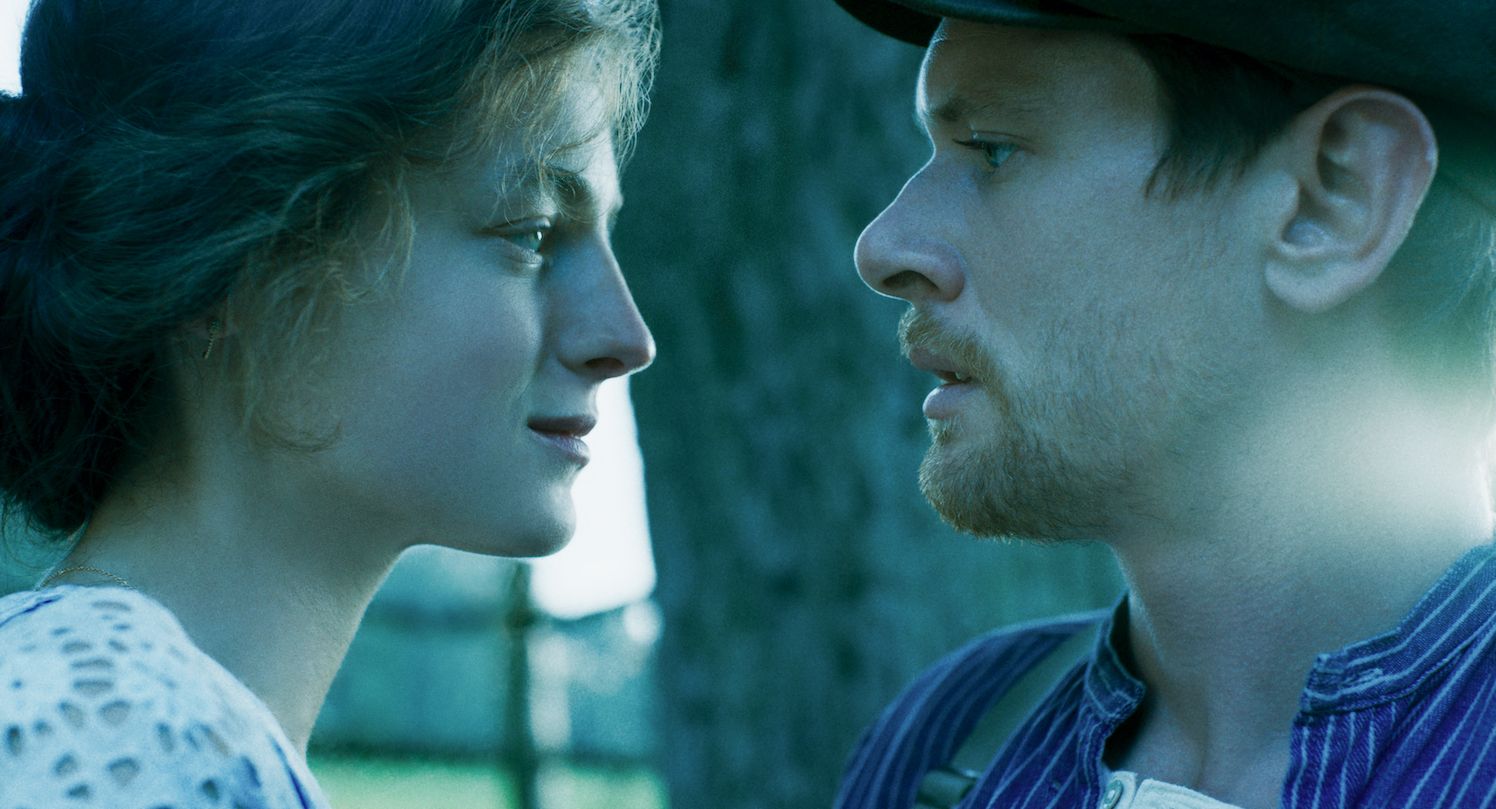