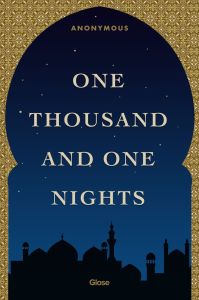 Disney is set to revisit the class folktales of One Thousand and One Nights, also known as Arabian Nights, as Deadline reports that Arash Amel is attached to pen the script for an upcoming film that will bring a new science fiction twist to the classic stories. Specific details of the upcoming project remain a mystery. However, Deadline reports that the film will be a live-action original film not tied to any pre-existing media from the company.

With Disney adapting a set of classic stories in a science fiction setting, the upcoming movie may be an exciting project for audiences to look out for when it eventually debuts sometime in the future. More information about the film will likely be revealed as the project’s development furthers. No official word yet if the movie will be a theatrical film or a Disney+ exclusive.

Disney previously adapted one of the many famous stories from One Thousand and One Nights with the release of Aladdin in 1992, starring Robin Williams as the voice of the Genie, and remains a signature classic from the company’s animated canon. The film’s popularity led to several direct-to-video sequels, an animated series, and a live-action remake starring Mena Massoud, Naomi Scott, and Will Smith, which was released in 2019. It remains unknown which stories of One Thousand and One Nights will be adapted for the sci-fi spin, but with a talented screenwriter attached, the upcoming film may bring the classic tales to life in a way never seen before.

Amel previously collaborated with Disney by writing the screenplay for the film Rise, which was released exclusively on Disney+ to positive reviews earlier this year. He also wrote and produced Netflix‘s The Titan, starring Sam Worthington (Avatar), and A Private War, starring Rosamund Pike (Gone Girl) and Jamie Dornan (Fifty Shades of Grey). Outside the untitled project from Disney, Amel also produces and writes the screenplay for Fred & Ginger from Amazon Studios, which is currently in pre-production. Other upcoming projects he is attached to include Snafu, an upcoming film that stars Jackie Chan and John Cena, and The Ministry Of Ungentlemanly Warfare by director Guy Ritchie, for which he writes the screenplay.

With the film still in its early stages of development, no official release date for the untitled science fiction adaptation of One Thousand One Nights has been set yet.