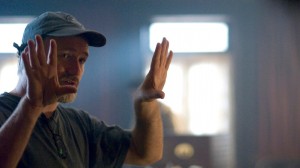 After nearly 14 years of being stuck in limbo, David Fincher‘s adaptation of the French graphic novel The Killer is closer than ever. The film was previously slated to release with Paramount but will now debut on Netflix thanks to a four-year deal between Fincher and the streamer. As viewers wait to see Fincher‘s latest project, the first behind-the-scenes look featuring The Killer‘s star Michael Fassbender has been released.

The featurette pulls the curtain back on Fincher‘s process as it pertains to The Killer and his style overall. It begins as Fassbender gives a quick introduction about his role in the film. He praises Fincher as one of the best filmmakers and says that having the chance to work with Fincher was “a dream come true.” Not only that, Fassbender was happy to get back to work, as his last movie (X-Men: Dark Phoenix) was prior to COVID. As the featurette continues, Fassbender gives a little insight into how Fincher approached the film. Throughout, footage of Fincher directing gives a glimpse at notes he would give during a couple of scenes for the film. When it begins to wrap up, Fassbender shares that he learned a lot while working with Fincher. The clip gives little away in terms of footage for the actual film but teases a few scenes that will take place in multiple locations.

Touted as “a brutal, bloody, and stylish noir,” The Killer follows a contract killer (Fassbender), a solitary man who previously didn’t worry about regrets and focused instead on taking down each of his targets. Soon, he begins to endure an existential crisis as he faces a world devoid of a moral compass. The longer he waits for his targets, the more he wonders if he’s losing his mind. The film is also described as “a case study of a man alone.”

The Killer is based on the Alexis Nolent graphic novel of the same name. It was adapted by Se7en screenwriter Andrew Kevin Walker and directed by Fincher. Erik Messerschmidt returns to work with Fincher as the cinematographer. Messerschmidt previously shot Mank for the director, a film that was also released on Netflix. Ceán Chaffin and William Doyle act as producers. Additional casting includes Tilda Swinton, Monika Gossmann, and Kellan Rhude.

The Killer does not yet have a release date, but filming wrapped earlier this year. Check out the behind-the-scenes clip below: