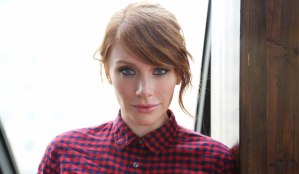 Disney is bringing audiences back to Witch Mountain again as Disney+ has announced that the classic franchise is receiving a television re-imagining. The streamer officially gave a pilot order for the series, which will be led by Bryce Dallas Howard (Jurassic World: Dominion). Currently titled Witch Mountain, the pilot will follow a similar plot line to the original films, focusing on two teens who develop strange abilities and lean that their idyllic suburb has darker secrets lurking under the surface. Isabel Gravitt (The Watcher), Levi Miller (Streamline), Bianca “b” Norwood (We Crashed), and Jackson Kelly (Straight Man) will star alongside Howard.

Howard and Gravitt will play mother-daughter duo Audrey and Tia, respectively. Audrey is described as a devoted and loving mother whose husband died due to mental illness. She works to assure Tia that she won’t follow the same path, but despite her warmth, not everything is as it seems with Audrey. Tia is a straight-A student who struggles with fear of failure and views herself as flawed. She believes her father’s schizophrenia has been passed on to her, as she encounters frightening hallucinations in which people step outside their living bodies. Kelly will star as Tia’s best friend Peter, who is lovesick over her despite her being unaware of his charms and devotion. When Tia tells him about the hallucinations, she realizes he may be key to finding answers.

Miller is set to play Ben, a troubled teen with a hot temper who’s on the verge of being expelled. He earns money by writing papers for other students, and recently discovered that he can “force others in his vicinity to move according to his will” and finds himself drawn towards Tia. Norwood will star as Ben’s best friend Corey. They are an outsider and a “mature teen who comes across older than they are.” Like Ben, they are also on the brink of expulsion and is described as someone who looks “like a My Chemical Romance song that became an anime fan.” Ben and Corey are co-workers at the local diner.