Synopsis – A deliciously romantic coming together of Gulrez “Gullu” Qadir (Parineeti Chopra) a Hyderabadi shoe-sales girl disillusioned with love because of her encounters with dowry-seeking men; and Tariq “Taru” Haidar (Aditya Roy Kapoor) a Lucknawi cook who can charm anybody with the aroma and flavors of his biryani and kebabs. In the clash of diametrically opposite but equally spicy cultures of Hyderabad and Lucknow, Gullu and Taru arrive at a “tuning-setting”, rewrite traditional recipes of love, crush old-fashioned world-view and make their own masaledaar albeli rangreli pichchar – Daawat-e-Ishq.

My Take – Director/ Writer Habib Faisal (Ishaqzaade) has an interesting concept on paper, embroiling a con film with famous Hyderbadi-Lucknow dishes while preying on a long running social evil of our country. But somewhere down the line the film is lost in translation. 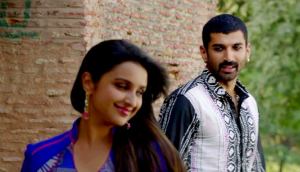 The first half of the film is entertaining & sweet but the second half stumbles by being half cooked, slow, illogical and baseless. Aditya and Parineeti, both, did complete justice to their roles, by getting their accents right & leading their slightly over-the-top characters to come to life. Among the supporting cast, Anupam Kher is as always great. The best part of the film is the portrayal of various demanding parents and suitors (hilarious) – their mannerisms, the way their ‘requests for help’ were communicated (since no one actually uses the word dowry) and also the communication between the spouses. 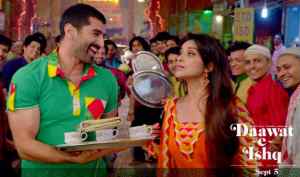 The music is average. All in all Daawat-E-Ishq, is an average Bollywood rom com which will find it difficult for an average movie goer to differentiate itself from other films in this genre, especially without the food.