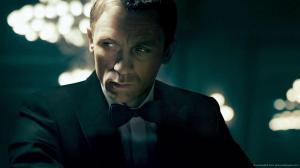 Yesterday, we learned that EON had set a release date for James Bond 25, but we didn’t know the distributor, the director, or if Daniel Craig would return. I speculated that he might be done because of the length between movies and that he seems to have grown tired of playing the role. But I was wrong!

According to The New York Times, “two people briefed on the matter, who spoke on the condition of anonymity to avoid conflicts with Eon and MGM,” say that Craig is coming back, and since the Times is pretty trustworthy publication (as opposed to DanielCraigShouldAlwaysBeBond.com), I’m willing to put my faith in their reporting that the actor will make his fifth appearance as Bond in the upcoming sequel.

While some fans have been eager to see a new actor take on the role, Craig has done a solid job throughout even if sometimes the movies themselves have let him down. He’s not the reason Quantum of Solace and Spectre are bad, but he’s definitely part of the reason why Casino Royale and Skyfall are so good.

It’s also worth noting that Craig’s film career has struggled to take off outside of Bond. While it looks like he’s having a blast in Steven Soderbergh’s upcoming Logan Lucky, he hasn’t really had any hits outside of the Bond franchise. To be fair, Craig does a bit of stage acting, so it’s not like filmography is packed, but whenever he veers away from Bond, he ends up in something like Cowboys & Aliens or Dream House. In a studio system built on franchises, Craig hasn’t found a new place where he can maneuver if he stops being Bond, and being Bond gives him a lot of power for the time being.