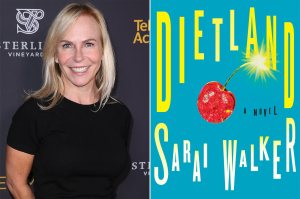 AMC has officially picked up Dietland, Marti Noxon’s adaptation of Sarai Walker’s book of the same name, for 10 episodes to premiere in 2018. The potential series was among the most sought-after TV projects last fall, with everyone from HBO to Netflix to TV Land involved in the bidding war before AMC scooped it up, coordinated a preliminary writers’ room, and quickly put the project into development.

For Noxon, who in the past has written on Mad Men and Buffy the Vampire Slayer, Dietland marks a return to themes recently touched on in her well-received but controversial film To the Bone.

“This series, populated by unforgettable characters and unique storytelling approaches, will focus a wickedly entertaining lens on issues as diverse and divisive as dieting, dating, beauty and the many societal expectations that continue to dominate our culture and consciousness,” network president Charlie Collier said. “We are so proud to be working with Marti, her team and Skydance on this topical, funny, relevant and poignant story.”

Dietland is only the latest high-profile TV project for Noxon: She received an Emmy nomination last year for her work on the breakout first season of UnReal, on which she served as executive producer, and is also behind Sharp Objects with Amy Adams, one of the hottest upcoming HBO properties. Might Noxon be our newest powerhouse showrunner? There’s certainly a case to be made.