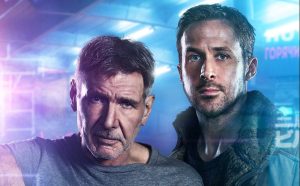 We now know for certain that Blade Runner 2049 is not messing around. Anticipation has been high for the sci-fi sequel, especially with Sicario and Arrival filmmaker Denis Villeneuve at the helm, and now the movie has officially been rated R for “violence, some sexuality, nudity, and language.” This isn’t really surprising given that Ridley Scott’s 1982 original film was also Rated R, but it should be heartening to fans that were somehow worried this updated sequel would be softening some edges.

The story takes place 30 years after the events of the first film and stars Ryan Gosling as an LAPD Officer who goes on the hunt for Harrison Ford’s Rick Deckard, who’s been missing. Beyond that, Villeneuve and Warner Bros. have kept this thing under firm wraps. The trailers suggest that Jared Leto is playing a villain of some sorts who also is in charge of manufacturing/creating replicants, and we know that the landscape will reflect a climate change-riddled Earth.

Villeneuve assembled a top-notch team to bring this thing together, including legendary cinematographer Roger Deakins. He reunited with his Arrival and Sicario composer Johann Johannsson, but we recently learned that Hans Zimmer has also been brought in to help punch up the score a bit.

This R rating is kind of refreshing. Most blockbusters these days are made with the widest possible audience in mind, but it really does feel like Villeneuve was given the freedom to create an artful piece of sci-fi drama with a blockbuster budget. The October 6th release date suggests Warner Bros. could be looking for some awards love, but the film is skipping the fall festival circuit that many contenders go through in favor of keeping the secrets locked up as tight as possible. Regardless, I cannot wait.