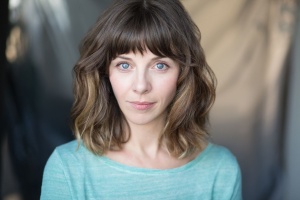 Disney+ is officially up and running, which means the countdown has begun until live-action Marvel series start popping up next to The Mandalorian, older animated classics, and the seven episodes of Gargoyles I’ve been watching on repeat since Tuesday. Arguably the most anticipated and most shrouded in secrets is Loki, the show from writer Michael Waldron (Rick & Morty) and director Kate Herron (Sex Education) that will see Tom Hiddleston reprising his much-beloved god of mischief role. Now, finally, we know someone else who will be taking that journey with him: Variety reports that Sophia Di Martino (Yesterday) has been cast in an unknown role.

Although Marvel’s been mum on exact Loki details, word for a while has pointed to the series following Loki throughout time, where his unique brand of deviousness will affect history. Speaking back in August, Hiddleston confirmed the show’s first season would be six hours long, take place after the character stole the Space Stone in Avengers: Endgame, and introduce the toughest foes of the half-god’s life.

“[T]here’s a sense of ‘I know this character now, I feel the audience knows him.’ Playing him, and playing him truthfully, but presenting him with new challenges which then have to change him in different ways is the most exciting aspect of it. You have his specific gifts, his intelligence, his treachery, his mischief, his magic, and then seeing him come up against more formidable opponents the like of which he has never seen or known.”

Loki is expected to go into production early into 2020.