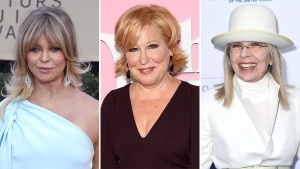 When it comes to influential trios, you’ve got your classics. Your Nirvanas, your Green Days, your “burger, fries, and a soda” combos. But you simply must put some respect on the names of the power trio at the center of 1996’s The First Wives Club. Those names? Diane Keaton, Goldie Hawn, and Bette Midler, of course. And per Variety, I am beyond pleased to report that they are reuniting for a Christmas comedy film called — thank the Heavens — Family Jewels.

Like The First Wives Club, this film centers around three ex-wives of a husband. It’s just that this time, they were all at one point married to the same man. And after that man drops the hell dead, these estranged widows must reunite with all their kids and grandkids and grit their way through the holidays together. The film is written by Peter Hoare (Standing Up, Falling Down), and produced by Brian Oliver (1917), Bradley Fischer (Ready or Not), Alan Nevins (What to Expect When You’re Expecting), and Tracey Nyberg (The House with a Clock in Its Walls). New Republic Pictures is planning on a 2020 production start, with a release date yet to be determined.

“The chemistry of Diane, Bette and Goldie is unmatched and irresistible, and I’m thrilled to help reunite them on screen for generations of fans,” said Fischer of the upcoming film, and buster, I agree. I loudly and earnestly love movies that I might call “original comedies for wine-drinking, middle-aged women,” and think Family Jewels will fit perfectly in this particular pocket. I will absolutely be seeing this film with my mom and all my aunts over the holiday break, and I encourage you to do the same.