Synopsis – The story of five Cuban political prisoners who had been imprisoned by the United States since the late 1990s on charges of espionage and murder.

My Take – Helming a spy film can be quite a difficult venture for a filmmaker of any caliber, mainly as they are tasked with taking the audience through an intriguing yet confusing set of entanglements and then follow it up by smoothly releasing as much as possible before the limited run time closes in. However, given the demand, it doesn’t stop studios and filmmakers from taking their time honored shot at the genre, especially a one which combines dense political intrigue with a welcome touch of classic Hollywood romanticism.

With this film, which premiered recently on Netflix after running in the late-2019 festival circuit, we see acclaimed French director Olivier Assayas (Clouds of Sils Maria, Personal Shopper) bring his customary style and urgency to the genre by taking inspiration from Fernando Morais‘s 2011 non-fiction, The Last Soldiers of the Cold War.

The subject that chronicles a small group of Cuban defectors in Miami who in the early nineties established a spy web to infiltrate anti-Castro organizations terrorist groups carrying out violent attacks on Cuban soil. To add a certain seductiveness to the dazed drama he excellently casts a roster of Latin cinema’s greatest in the form of Penélope Cruz, Edgar Ramírez, Wagner Moura, Ana de Armas, and Gael García Bernal, as leads, and whose presence alone is a suffice enough reason to hit the play button.

While it was exciting to see a nuanced, gripping thriller from one of the world’s most adventurous, globe-hopping filmmakers, told with journalistic detail and vivid sympathy for those Cubans in exile who sought liberation back home while being targeted by the U.S. government, the film ultimately is a misstep.

As the film is not so much a classic spy story as a ramble through the narrative undergrowth of a true-life Cuban espionage network, which makes it impossibly dizzy to keep up with the tangled webs director Assayas weaves, without a worry whether audiences will understand the messy politics he wants us so desperately to care about.

Though the film all ends up making sense by the end, it’s a winding and needlessly complex road to get there, completely undermines the whole trip. Making the final product feels like more of an interesting and beautifully filmed anecdote than a compelling political thriller.

Reportedly after early reactions to the original cut from the Venice Film Festival screening, director Assayas went back and re-spliced the entire film, taking out unclear sequences and added further historical context to where it was lacking. Hence proving that the visionary director himself wasn’t satisfied with the outcome of his ambitious undertaking, leading to the Netflix dump. Regardless, I would call this a one-time watch for anyone who loves the cast (I know I do). 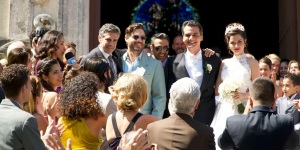 Set in the 90s, the story follows René González (Edgar Ramirez), a Cuban flying-school pilot who one day hops in a plane and flies from Havana to Miami, leaving behind his credibility as a loyal Cuban national, and his wife, Olga (Penelope Cruz), to raise their daughter in a traitor’s disgraceful wake. Once he is provided political asylum, he starts working for Jose Basulto (Leonardo Sbaraglia), a pro-democracy, anti-communist humanitarian militant, by using his piloting skills to help the large number of Cubans fleeing the island by boat as a consequence of the Cuban economy collapsing.

He is soon followed by Juan Pablo Roque (Wagner Moura), an air force major, who swims through shark-infested waters to Guantanamo Bay to also become an army defector, join Basulto’s crusade, and settles in by marrying the newly divorced Ana Margarita Martinez (Ana de Armas). However, unknown to both Olga and Ana, Rene and Roque are actually a part of a group of spies lead by Gerardo Hernandez (Gael Garcia Bernal), who entered U.S.A four years ago, to facilitate their infiltration into anti-communist networks like Cuban American National Foundation (CANF) and Brothers to the Rescue, to put a halt to the activities orchestrated by Luis Posada Carriles (Tony Plaza), who is considered a terrorist by the Fidel Castro’s Cuban government.

The other handful of operatives are named in a hasty montage sequence, only to be forgotten about until the end of the film. To be honest, the screenplay is never a bore, as the film, sporting director Assayas‘ signature flair, is filled with some amazingly shot scenes and consists of a good-looking but talented cast. But keeping up with the characters, on and off the screen, becomes a challenging task especially with their bit and pieces backstories. It’s an interesting narrative except that the film’s fumbled script seems cramped, leaving little room for fluidity, and if you will feel a little lost at time it’s not on you. The concept might have been better conceived as a series from the start, especially considering the n number of conspiracies and plot twists introduced over the course of 123 minutes. 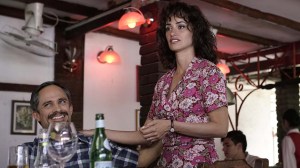 Probably the film was doomed to fail from the moment director Assayas decided to create a structure that involved jumping the narrative back four years in the middle of the film. It’s a trite device that undoes this film, as it needs audiences to side with demonizing Cubans, and then suddenly flips and wants spectators to cheer for Fidel Castro. Such a twist can only work if you come to the film with sympathy for the Cubans and their struggle against America.

Instead, the focus on Rene and Olga’s story would have resulted in a more conventional and effective film. As it begins and ends with their rocky, but loving relationship. Olga is in a way the film’s bedrock as she deals first with the idea that her husband is a selfish betrayer of her and their homeland, then with the news (imparted to her by Hernando years later) that he is in fact a national hero, then with the difficult process of emigrating to Miami with her daughter to join her husband, then with the mixed emotions of the reunion and finally, a few years later, with René’s arrest by the FBI and twelve-year incarceration.

Unfortunately, the Juan Pablo episode eats up a lot of time in the middle of the film with little payoff, and Gerardo Hernandez’s character reduced to a superficial plot device. Here, director Assayas also leans heavily on a pair of montages with exploratory voice-overs to fill in the gaps, and when all else fails, he posits two characters at a restaurant table for plot debriefings.

Though, it seems director Assayas aimed to construct an erudite plot that demands full attention from his viewers, and who work at piecing it all together, ultimately, his loose threads lead nowhere. Each of the myriad of characters walk around as shells, empty archetype of their real life counterparts. And while watching its attractive protagonists flounder around alongside jump-cuts, pretty visuals and peppy montages, the overall message the film leaves behind is empty.

Regardless, the performances are quite impressive. With Edgar Ramírez, Wagner Moura, Ana de Armas, and Gael García Bernal, putting in some excellent effort, despite the latter two’s roles being quite underwritten. Leonardo Sbaraglia and Tony Plaza also pack in some solid supporting turns. Nevertheless it is Penélope Cruz who walks away with all the glory, as she emphatically captures the clash of family and patriotism within her character, which is easily the film’s strongest emotional appeal. On the whole, ‘Wasp Network’ is a disappointingly muddled spy saga which despite a solid cast poorly tells a potentially great story.