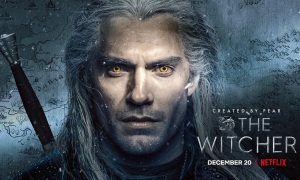 It’s time for Henry Cavill to get back in the bathtub. Netflix announced today that The Witcher Season 2 filming will resume on August 17th, after previously shutting down in March due to COVID-19 concerns and the fact that actor Kristofer Hivju tested positive for the virus. But in the wake of the U.K. setting new production guidelines, Netflix has decided it’s time to start filming again, so production will resume in two months’ time in London.

The fantasy series is based on the book series of the same name by Andrzej Sapkowski and kind of caught audiences by surprise when the eight-episode first season premiered in December 2019. The show didn’t explode right off the bat, but soon became a frequent binge-watch for folks over the holidays, and the “Toss a Coin to Your Witcher” song—which straight-up slaps—birthed a bevy of memes.

Season 1 offered a fractured timeline to tell the story of the show’s three main characters—Cavil’’s supernatural monster hunter Geralt of Rivera, Freya Allen’s princess Cintra, and Anya Chalotra’s sorceress Jennifer of Vengerberg. Showrunner Lauren Schmidt Hissrich has promised that Season 2 will have a more straightforward narrative structure, and the end of Season 1 also teased we may be getting some serious backstory on Geralt.

As long as this all also involves Geralt in more bathtubs and Jaskier singing more songs, I’m down.

Netflix has not yet announced a premiere date for The Witcher Season 2, but it’s expected sometime in 2021—likely a bit later than planned due to this five-month delay in filming.

I’m dusting off my lute and quill,
I have some news, some mead to spill:
After all the months we’ve been apart
It’s time for production to restart.
The Witcher and his bard – who’s flawless,
Will reunite on set 17 August.