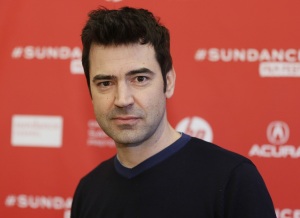 While Billy Crudup played Henry Allen – the father of the Flash’s Barry Allen – in Justice League, Henry is going to look completely different in the near future. Ron Livingston, best known for roles in Office Space and Boardwalk Empire, will be replacing Crudup as Henry Allen in the upcoming The Flash solo film.

Variety first announced the change, saying that Crudup had to leave the project due to scheduling conflicts with The Morning Show. The Flash’s production was postponed because of the pandemic, but is planned to start this year. Playing Barry Allen’s mother will be Maribel Verdú of Y tu mamá también, and newly added to the cast is Ian Loh as the young Barry Allen.

In addition to Livingston and Loh, The Flash has also added Saoirse-Monica Jackson from Derry Girls and Rudy Mancuso in unknown roles. Ezra Miller will also be reprising his role as Barry Allen for the Flash’s first solo endeavor, while Ben Affleck will make his return as Batman. Michael Keaton is also expected to appear as Batman from another dimension, while Sasha Calle will be making her debut as Supergirl, in addition to Kiersey Clemons joining the cast as Iris West, who will be a romantic interest for Flash.

Livingston currently stars on the series A Million Little Things and Loudermilk. In recent years, Livingston has also appeared in The Man Who Killed Hitler and Then the Bigfoot, Jason Reitman’s Tully and Lucky, which starred Harry Dean Stanton in one of his final roles.

From It director Andy Muschietti and Birds of Prey writer Christina Hodson, The Flash is one of the most anticipated films in the DCEU, especially due to the return of Keaton, which hints that this universe will be delving into multiverses soon.

The Flash is currently slated for a November 4, 2022 release.