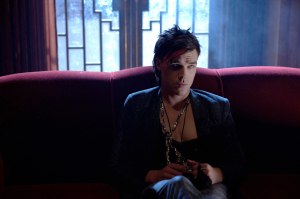 Green Lantern has become a bit of a punchline among superhero movies. A big, expensive production that gave Ryan Reynolds a CGI suit, the film flopped when it opened in 2011 and has been derided ever since when it’s not being completely forgotten. However, it’s still a valuable IP to Warner Bros., and last October we reported that HBO Max was developing a series based on the character with Greg Berlanti, Marc Guggenheim, and Seth Grahame-Smith as executive producer and Grahame-Smith as the showrunner.

Now Variety reports that the series has found its Green Lantern by casting Finn Wittrock as Guy Gardner. There have been multiple Green Lanterns over the years with Reynolds playing Hal Jordan, but Gardner is, per Variety, “a hulking mass of masculinity, and, as rendered in the comics, an embodiment of 1980s hyper-patriotism. And yet, Guy is somehow likable.” Variety adds that “The story spans decades and galaxies, beginning on Earth in 1941 with the very first Green Lantern, secretly gay FBI agent Alan Scott, and 1984, with cocky alpha male Gardner and half-alien Bree Jarta. They’ll be joined by a multitude of other Lanterns — from comic book favorites to never-before-seen heroes.”

Wittrock is an interesting actor, and has given memorable turns in series such as American Horror Story and Ratched as well as The Big Short and The Last Black Man in San Francisco. He walks that delicate line between smarmy and charming, and it will be interesting to see his take on Green Lantern, and what exactly the show is planning for the character.

It’s also interesting that Warner Bros. not only feels comfortable keeping Green Lantern on HBO Max, but that they’re confident in this crew of executive producers considering that Berlanti and Guggenheim were both credited writers on the awful 2011 movie. It’s also a big show of trust towards Grahame-Smith to tackle this character. We also don’t know if WB plans to connect this to other DC superhero properties or if they’re trying to construct a slightly more upscale superhero property, something that’s above what they have going on in the “Arrowverse” but doesn’t reach the importance of the feature films.

Nevertheless, this is a fresh start for Green Lantern, and Wittrock is an interesting choice for the role. Now we’ll have to wait and see how they flesh it out and if this new take can succeed in brightest day or blackest night.