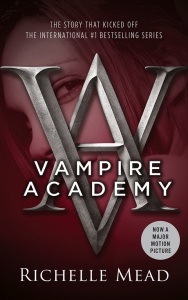 Fans of the Vampire Academy young adult novels will be excited to learn that NBC‘s streaming service Peacock just ordered a straight-to-series adaptation of the books. Peacock is teaming up with executive producer Julie Plec (The Vampire Diaries, The Originals) in order to bring the books to television.

Obviously, Plec is the perfect choice for this production, as she’s been producing young adult paranormal content since 2009, when she was brought on as a co-executive producer for The Vampire Diaries. In addition to The Vampire Diaries and The Originals, Plec has also worked on Legacies and Roswell, New Mexico.

The Vampire Academy series of novels are written by Richelle Mead and will be adapted for Peacock by another veteran of the young adult paranormal TV scene, Marguerite MacIntyre, who has also worked on Legacies and Casual. For anyone who isn’t familiar with the novels, here’s a brief synopsis from NBC‘s official press release: “In a world of privilege and glamour, two young women’s friendship transcends their strikingly different classes as they prepare to complete their education and enter royal vampire society.” The description almost sounds like a crossover between The Magicians and Bridgerton – but with the exciting addition of blood and fangs.

Peacock has not yet announced a release date for the Vampire Academy series, so stay tuned to Collider for more info.