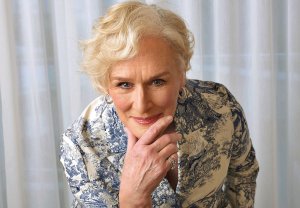 Max Barbakow (Palm Springs) will direct from a script by Macon Blair and Etan Cohen, and though the logline is being kept under wraps, it stands to reason that Brolin and Dinklage will be playing brothers of some kind. Both stars are producing the movie with Andrew Lazar of Mad Chance.

Close‘s role remains a mystery, but I could certainly see her playing the mother of Brolin and Dinklage‘s characters. I can’t imagine it would be too far off from her turn as Ed Helms and Owen Wilson‘s mother in the 2017 comedy Father Figures, though here’s hoping Brothers turns out a bit better than that all-too-forgettable movie.

Close recently earned her eighth Oscar nomination for Hillbilly Elegy, though the little gold statue continues to elude her. She was previously nominated for The Wife, Albert Nobbs, Dangerous Liaisons, Fatal Attraction, The Natural, The Big Chill and The World According to Garp. Close turns in yet another strong performance as Mila Kunis‘ mother in the addiction drama Four Good Days, which is currently available on VOD.

Close served as an executive producer on Cruella, having played the iconic Disney character in the 1996 movie 101 Dalmatians. She’ll soon be seen alongside Mahershala Ali, Naomie Harris and Awkwafina in the indie movie Swan Song, and she is slated to play Norma Desmond in a remake of Sunset Boulevard that will be produced by Ryan Murphy.

As for her MCU credentials, she played Nova Prime in Guardians of the Galaxy, while Dinklage played Eitri in Avengers: Infinity War and Brolin memorably played Thanos. We’ll see if the three of them recruit any other MCU vets for Brothers, which some are surely hoping resembles the ’80s classic Twins in one way or another. Oddly enough, the film shares a title with 2009’s Brothers featuring another Marvel trio — Tobey Maguire (Spider-Man: No Way Home), Jake Gyllenhaal (Spider-Man: Far From Home) and Natalie Portman (Thor). What’s next, another Brothers movie starring Chris Evans, Chris Hemsworth and Chris Pratt? Hey, come to think of it…