We didn’t start the fire, but Ryan Kiera Armstrong most certainly did. After getting brutally chomped on by Pennywise in It: Chapter Two, the young actress is re-entering the Stephen King mythos as the titular pyrokinetic character of Universal and Blumhouse‘s upcoming adaptation of Firestarter.

The two companies celebrated the announcement with our very first production still from the movie, which features an intense-looking Armstrong (it’s unclear if her name is Charlie McGee in this version) wearing a singed and bloodied coat.

Take a look below: 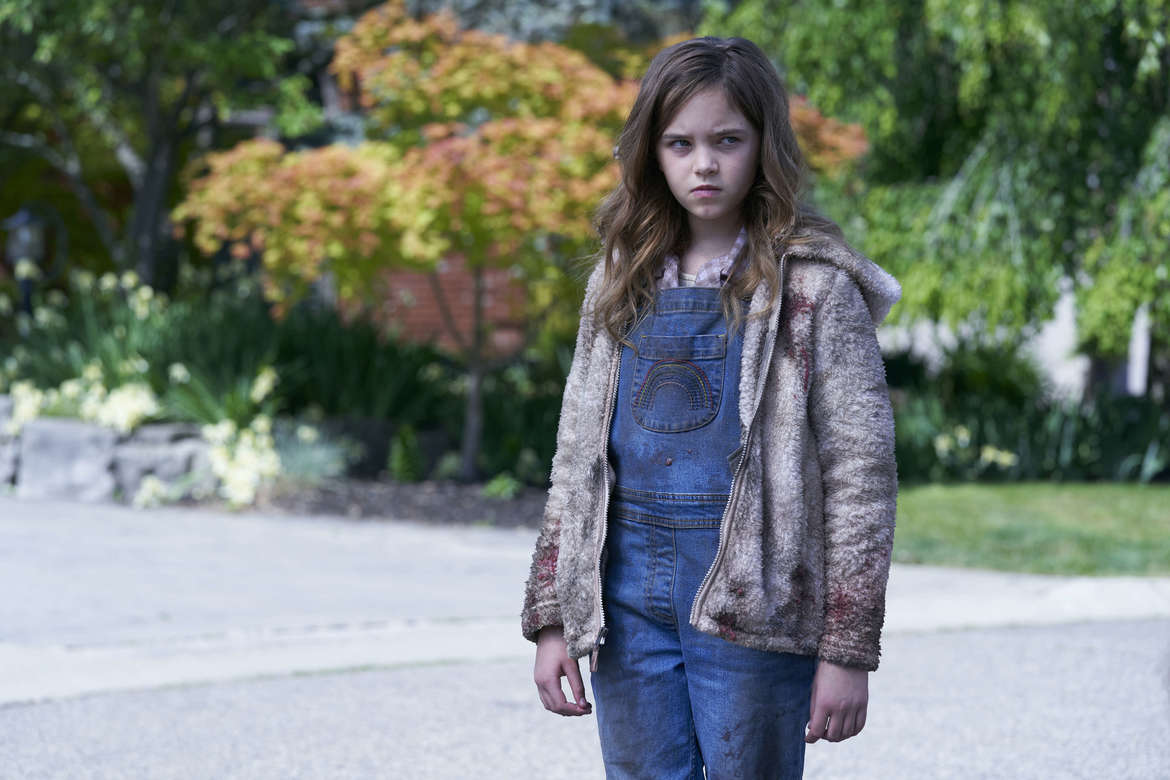 Armstrong, who also appears in Amazon‘s The Tomorrow War, joins a cast that also features Zac Efron (Extremely Wicked, Shockingly Evil and Vile) and Michael Greyeyes (True Detective). Keith Thomas (The Vigil) is directing the film, working off a screenplay from Halloween Kills scribe, Scott Teems. Production kicked off in late May with a behind-the-scenes look at a blazing practical stunt.

Released in 1980, Firestarter was the eighth novel Stephen King ever published. The story is centered around Charlene “Charlie” McGee, a girl with combustible abilities born to parents who underwent secret experiments in college. The book was the first of King‘s works to introduce “The Shop,” a top secret — not to mention sinister — branch of the government that would appear several more times throughout the author’s various books, short stories, and novellas.

“When I came on board, we dug into the characters more, spending more time with Charlie and Andy and [Andy’s wife] Vicki,” Thomas explained to SYFY WIRE earlier this year. “How do you parent when you’ve got a little girl who can melt someone’s face off when she gets angry? How do you parent on the run, when there is a company called The Shop after you, that wants to vivisect you, experiment on you?”

Universal and Blumhouse have yet to announce a release date.