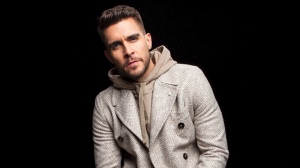 The upcoming She-Hulk TV show continues to add to its cast; Deadline is reporting that Josh Segarra has boarded the ensemble of the upcoming Disney+ series alongside Tatiana Maslany, who will play the lead role of She-Hulk/Jennifer Walters. Segarra‘s role is currently unknown as of now.

Segarra joins a cast that is already stacked full of gamma-radiated individuals; in addition to Maslany‘s She-Hulk, Mark Ruffalo has also been confirmed to return as Jennifer Walters’ cousin and fellow Hulk Bruce Banner, as well as actor Tim Roth, who will reprise his role as Emil Blonsky/Abomination, a character who initially appeared back in 2008’s The Incredible Hulk opposite Edward Norton‘s Hulk. Ginger Gonzaga rounds out the cast as Jennifer’s best friend, along with Renee Elise Goldsberry as Amelia and Jameela Jamil as the villainous Titania. Jamil recently confirmed her casting with a fun video of her training in preparation for the role.

Segarra is perhaps best known for his role on The CW‘s Arrow, where he played the character of Adrian Chase/Prometheus as well as an Earth-2 version of the character who had taken up the mantle of The Hood. He’s also appeared on TV shows like Homeland, Orange is the New Black, Katy Keene, and FBI, as well as lent his voice to the Red Dead Redemption video game franchise as Abraham Reyes. He’ll next be seen in the upcoming second season of The Other Two, which recently moved over to HBO Max.

She-Hulk is directed by Kat Coiro and Anu Valia, with Jessica Gao serving as head writer. The series, which is being described as a legal comedy, will consist of 10 half-hour episodes, with a release date set for sometime in 2022 on Disney+.