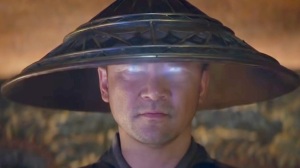 FX has officially set the full cast of their upcoming limited series Shōgun, based on the best-selling novel by James Clavell of the same name. Clavell‘s novel, which was written in 1975, follows the rise of a man named Yoshii Toranaga to shogunate through the eyes of an English pilot, John Blackthorne. The adaptation from FX was greenlit in 2018 and is slated to have a 10-episode run.

F9‘s Anna Sawai has been cast in a leading role as Lady Mariko, the revered daughter of an infamous samurai traitor, whom she is enlisted to avenge by Yoshii Toranaga. Sawai rounds out the leading trio alongside Hiroyuki Sanada as the aforementioned Yoshii Toranaga, a feared and powerful daimyo that will find himself outnumbered at Osaka Castle at the start of the story. Cosmo Jarvis stars as John Blackthorne, a shipwrecked pilot who washes ashore in Toranaga’s territory and finds a mentor in his captor.

Shōgun is currently in production in Vancouver, Canada, and the limited series does not have a premiere date as of now. You can read the official description of the upcoming period drama down below:

Shōgun, set in feudal Japan, charts the collision of two ambitious men from different worlds and a mysterious female samurai. John Blackthorne, a risk-taking English pilot major, ends up shipwrecked in Japan, a land whose unfamiliar culture will ultimately redefine him. Lord Toranaga, a shrewd, powerful daimyo, is at odds with his own dangerous, political rivals. And Lady Mariko, a woman with invaluable skills but dishonorable family ties, must prove her value and allegiance.