Netflix released today some first-look images of their upcoming action-comedy The Man From Toronto. The movie is set to premiere in late June, and it brings Woody Harrelson (The Hunger Games trilogy) and Kevin Hart (Jumanji: The Next Level) together. In the story, the world’s deadliest assassin runs into New York’s biggest screw-up after their identities get mixed-up in an Airbnb. Herrelson stepped in after Jason Statham (Fast & Furious Presents: Hobbs & Shaw) left the project in 2020.

The images tease some situations we’ve come to expect from this type of story: As Hart’s character is an ordinary guy thrown into a life-or-death situation, he’ll do his best to survive it and make us laugh out loud in the process. The role mirrors a persona that Hart‘s played in other action-comedies such as Central Intelligence and Ride Along. As the title assassin, Harrelson will have to protect Hart‘s character and embody a more serious guy whose personality will clash with Hart’s. And he’ll certainly need protection and all the training he can get, as the images showcase the several situations they’ll be going through, like flying a helicopter, fighting some bad guys in gyms and basements. So we can expect some funny banter to be traded between the two, which is the type of interaction these flicks usually lean on.

The images also reveal Kaley Cuoco (The Big Bang Theory) and Jasmine Mathews (The Tomorrow War) looking like they just went through a bottle of wine in a restaurant. Their roles in the story haven’t been disclosed yet. The cast also features Lela Loren (American Gods), Pierson Fode (Dynasty), Jencarlos Canela (Telenovela), and Ellen Barkin (Animal Kingdom).

The Man From Toronto is directed by Patrick Hughes, who doubles down on the action-comedy genre after directing the successful The Hitman’s Bodyguard and its sequel Hitman’s Wife’s Bodyguard. The screenplay is written by Robbie Fox (So I Married an Axe Murderer) and Chris Bremmer (Bad Boys for Life).

The movie is part of a first-look deal that Netflix signed with Sony, which ended up pulling the title from a theatrical release in favor of a streming-exclusive premiere. The deal also has the studio company producing exclusive content for Netflix, as well as giving them theatrical releases in the first pay-TV window. In addition, the deal allows Netflix to run select Sony titles in its catalog.

Netflix premieres The Man from Toronto on June 24. 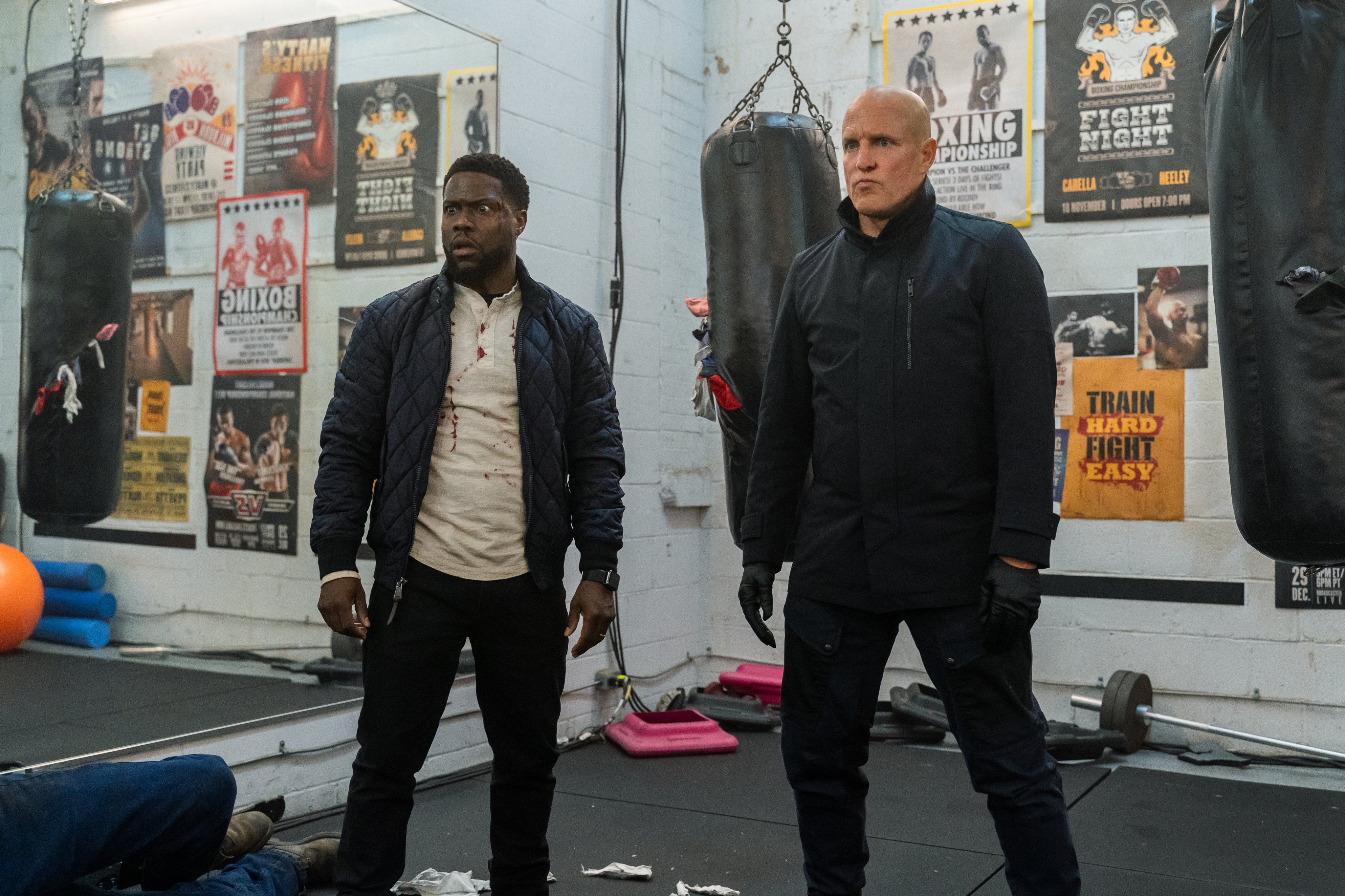