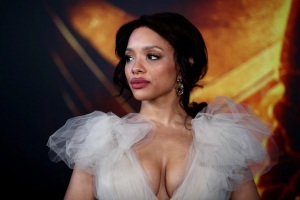 Fans of Richelle Mead‘s young adult novel series Vampire Academy have been lying in wait for the much-anticipated TV series adaptation for what must feel like centuries, but the wait is no more. The NBC streaming service Peacock just released the premiere date for its ten exciting hour-long episodes of the supernatural series, now set for September 15.

Collider first reported on the series announcement a year ago when NBC‘s Peacock ordered Vampire Academy as a series adaptation, teaming up with paranormal television experts Julie Plec and Marguerite MacIntyre (Legacies) to both write and executive produce the series. By August the killer ensemble cast was unveiled for the fantasy horror and Plec took over the director’s chair, ready to bring her prior Vampire Diaries expertise to the exciting new supernatural world of St. Vladimir’s Academy boarding school. This fall, on September 15, fans will enroll in the royal society of vampires with half-human Dhampir Rose Hathaway, played by Mortal Kombat‘s Sisi Stringer, and Sex Appeal‘s Daniela Nieves as vampire royalty, the Moroi princess Lissa Dragomir.

Vampire Academy journeys into a dark world of glamour and class privilege, exploring the relationship between Rose and Lissa and the strength of the bond between them despite their differences. Rose is a half-human Dhampir destined to become a guardian against their shared enemy, the fierce Strigoi, and Lissa is a powerful Royal, meant to be protected. Stronger together, they must fight off those who wish to destroy their society and way of life from the outside, while dealing with the internal politics of Royalty threatening from the inside.

After a 2014 feature film version of Vampire Academy, starring Zoey Deutch and Lucy Fry, tanked with bad reviews, showrunners Plec and MacIntyre took to the writing room, determined to bring new blood to Mead’s young adult series. Perhaps the lore was too hefty for a nearly two-hour film, and following suit of other series that saw success, like Disney+‘s Obi-Wan Kenobi and WandaVision, Universal Television and Peacock teamed up to bring Plec and MacIntyre‘s revamp to life.

Vampire Academy the series will be streaming on Peacock on September 15.

You can read the full official synopsis below:

From executive producers Julie Plec & Marguerite MacIntyre comes a story of friendship, romance and danger. In a world of privilege and glamour, two young women’s friendship transcends their strikingly different classes as they prepare to complete their education and enter vampire society. One as a powerful Royal, the other a half-vampire Guardian trained to protect against the savage ‘Strigoi’ who threaten to tear their society apart. That is, if Royal infighting doesn’t do the job first.