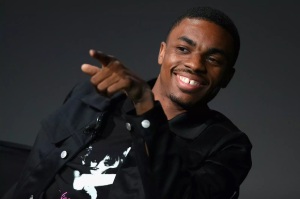 Vince Staples is expanding his footprints in Hollywood as a new scripted comedy series loosely based on his life and career has just received the green light at Netflix. Titled The Vince Staples Show, the fictional series with Kenya Barris (Blackish, Grownish) at the helm, is said to be linked to Barris‘ previous multi-million dollar contract with the streamer.

The semi-autobiographical series will fictionalize Staples‘ rags-to-riches story with a touch of comedy. It will be based in Long Beach, California where Staples and his family moved to in an effort to escape the crime-ridden neighborhood in Compton, California, where he was born. While not much has been revealed regarding the plot, it is likely that the show could explore Staples‘ past with street gang violence which is something he has actively lent his voice against since coming to fame.

The rapper released a statement, expressing excitement for the project, saying; “I am excited to partner with Netflix and Kenya Barris on The Vince Staples Show.” Further adding that “This has been something I have been developing for some time, and I am happy it’s coming to fruition.” Netflix‘s head of comedy Tracey Pakosta has also commented on the project saying; “It’s our mission to work with the best artists in the world. Vince has already established himself as one of the most talented young musicians today and we’re really excited about how his sensibility — and sense of humor — will translate into a unique comedy series.”

While The Vince Staples Show will be Staples‘ first lead acting role, the rapper has had the chance to flex his acting muscles in smaller roles in a handful of other projects. He opened his filmography with a small role in the coming-of-age comedy-drama, Dope which featured an ensemble cast and had veteran actor Forrest Whitaker as its producer. He famously appeared as himself in Issa Rae‘s comedy-drama series, Insecure. More recently, it was revealed that Staples was cast in The Wood, a romantic comedy series based on a 1999 feature film of the same name.

Joining Barris in an executive producing capacity are Ian Edelman and Maurice Williams. The project will reunite the trio who worked together on rapper Kid Cudi‘s animated Netflix special Entergalactic. They will also serve as co-showrunners with Barris repping his Khalabo Ink Society. Corey Smyth and Calmatic are also on the producing team with the latter to direct the first two episodes of the series. The show’s commissioning means that more details on the series are to be expected in the coming weeks. As always, Stay tuned to Collider for timely updates.