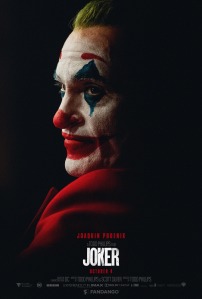 As of this writing, we are still ten days away from Todd Phillips‘ Joker hitting theaters, and yet the comic book drama starring Joaquin Phoenix as the Clown Prince of Crime has already sparked its fair share of controversy. The first reactions, both negative and positive, were extreme but might’ve been chalked up to festival chatter. But the discourse took a much more serious turn when family members of the victims of a July 20, 2012 mass shooting in Aurora, Colorado signed a letter calling on Warner Bros. to “be a part of the growing chorus of corporate leaders who understand that they have a social responsibility to keep us all safe.” The Aurora Cinemark Theater where a man opened fire during a screening of The Dark Knight Rises also announced it would not be showing Joker.

In response, Warner Bros. has released a statement claiming Joker does not “hold this character up as a hero”, nor is it “an endorsement of real-world violence of any kind.” Read the full statement below:

Gun violence in our society is a critical issue, and we extend our deepest sympathy to all victims and families impacted by these tragedies. Our company has a long history of donating to victims of violence, including Aurora, and in recent weeks, our parent company joined other business leaders to call on policymakers to enact bi-partisan legislation to address this epidemic. At the same time, Warner Bros. believes that one of the functions of storytelling is to provoke difficult conversations around complex issues. Make no mistake: neither the fictional character Joker, nor the film, is an endorsement of real-world violence of any kind. It is not the intention of the film, the filmmakers or the studio to hold this character up as a hero.

In a recent interview with IGN, Phillips himself addressed the idea that his film may be dangerous, comparing Joker to misunderstood films of the past like Spike Lee‘s Do the Right Thing.

“It’s so, to me, bizarre when people say, ‘Oh, well I could handle it. But imagine if you can’t.’ It’s making judgments for other people and I don’t even want to bring up the movies in the past that they’ve said this about because it’s shocking and embarrassing when you go, oh my God, Do the Right Thing, they said that about [that movie, too]…To me, art can be complicated and oftentimes art is meant to be complicated. If you want uncomplicated art, you might want to take up calligraphy, but filmmaking will always be a complicated art.”

Some very chill and normal times we’re living in, folks.