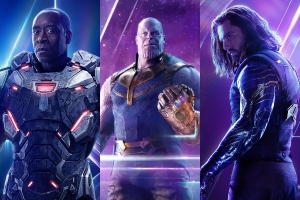 Ed Solomon (Men in Black) wrote the spec script, which would cast Brolin, Cheadle and Stan as criminals who carry out a home invasion, only to wonder if they’ve been double-crossed. Casey Silver (Godless) is producing the film, which is expected to begin shooting next summer. The project will soon be shopped to studios, and interest around town is said to be high given the starry cast, the strength of the screenplay, and Soderbergh’s status as an Oscar-winning director.

Soderbergh is coming off a pair of Netflix movies — High Flying Bird, which explored the business of basketball, and The Laundromat, which examined the story behind the Panama Papers. Soderbergh also produced Scott Z. Burns‘ drama The Report, and because he seems to never sleep, he has already wrapped his next directorial effort Let Them All Talk, which stars Meryl Streep, Gemma Chan, Lucas Hedges, Candice Bergen and Dianne Wiest. Soderbergh also found the time to serve as an executive producer on Bill & Ted Face the Music, which was co-written by Solomon, with whom he previously worked on the ambitious HBO series Mosaic.

Brolin just wrapped Denis Villeneuve‘s Dune and the Oscar-nominated actor will soon be seen in Sean Penn‘s indie movie Flag Day. He’ll also voice Thanos once again in an upcoming episode of the Disney+ series What If…? Beyond that, his 2020 shooting schedule is fairly open at the moment, though he is developing a movie that would pair him with Peter Dinklage, as well as a TV series in which he’d play a fictional version of himself.

While Cheadle’s big screen appearances been limited to the MCU in recent years, the Oscar-nominated actor has been hard at work on the small screen, as he stars on Showtime’s Black Monday, and he’ll soon be seen in Ryan Murphy‘s Netflix series Ratched. Cheadle also has a role alongside LeBron James in Space Jam 2. He previously worked with Soderbergh on the Ocean’s trilogy and Out of Sight.

In addition to playing Bucky Barnes, aka Winter Soldier, in the MCU and the upcoming Disney+ series The Falcon and the Winter Soldier, Stan has recently starred in I, Tonya and Karyn Kusama‘s crime thriller Destroyer. He has four films on the horizon including the war movie The Last Full Measure, Simon Kinberg‘s action-thriller 355, Antonio Campos‘ thriller The Devil All the Time, and the indie romance Monday.

Brolin is represented by CAA, while Cheadle is repped by UTA. Stan is repped by ICM Partners and Brookside Artist Management. Publicists for Brolin and Cheadle did not respond to requests for comment.