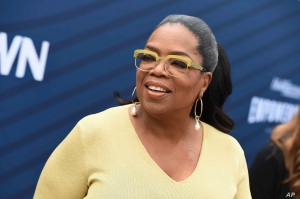 The 1619 Project is a foundational, necessary piece of work. Whether in its form as a New York Times piece or as a podcast, Pulitzer Prize winner Nikole Hannah-Jones has crafted an exacting, thorough, and voluminous history of American slavery, from its beginnings in 1619 to its modern day incarnations. Now, the project’s spread will continue to grow, as Hannah-Jones is partnering with Oprah Winfrey, Lionsgate, and the New York Times to craft a series of multimedia projects related to The 1619 Project, including films, television shows, and documentaries.

The team, alongside producer Caitlin Roper, will ensure that “world-class Black creative voices” adapt Hannah-Jones’ work in all its various forms. Hannah-Jones herself said this:

We took very seriously our duty to find TV and film partners that would respect and honor the work and mission of The 1619 Project, that understood our vision and deep moral obligation to doing justice to these stories. Through every step of the process, Lionsgate and its leadership have shown themselves to be that partner and it is a dream to be able to produce this work with Ms. Oprah Winfrey, a trailblazer and beacon to so many Black journalists. I am excited for this opportunity to extend the breadth and reach of The 1619 Project and to introduce these stories of Black resistance and resilience to even more American households.

Winfrey, who began her career as a news reporter for radio and television and has produced work like Selma and Queen Sugar, said this about their partnership:

From the first moment I read The 1619 Project and immersed myself in Nikole Hannah-Jones’s transformative work, I was moved, deepened and strengthened by her empowering historical analysis. I am honored to be a part of Nikole’s vision to bring this project to a global audience.

The story and vision that Hannah-Jones has formed is one that needs to be delivered to as global an audience as possible, and I look forward to seeing what this fruitful partnership yields.

One response to “Oprah Winfrey and ‘The 1619 Project’ Partner to Create Films and TV Projects!!”