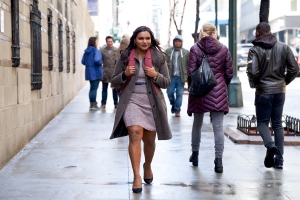 HBO Max is expanding its slate of adult animated television shows with a very exciting order: Velma, a Scooby-Doo prequel series all about Velma Dinkley. Velma is one of three new adult animated shows ordered by the streamer. In addition to this Scooby-Doo prequel series geared towards grown-up fans, HBO Max has also given a two-season order to the Clone High reboot and a new series called Fired on Mars.

Velma comes from executive producer Mindy Kaling. As the title indicates, Velma will focus on the orange turtleneck-wearing, spectacle-sporting Velma Dinkley. According to HBO Max, Velma will “[tell] the origin story of Velma Dinkley, the unsung and underappreciated brains of the Scooby-Doo Mystery Inc. gang” and that the show is “an original and humorous spin that unmasks the complex and colorful past of one of America’s most beloved mystery solvers.”

In addition to serving as executive producer, Kaling will also voice the character of Velma. No additional casting announcements have been made yet. Additionally, the production timeline is still unclear so we can’t say for sure what the expected release date is at this point. However, we do know the series has been given a 10-episode order by HBO Max. Two of Kaling‘s fellow executive producers on Velma — Charlie Grandy and Howard Klein —  go all the way back with Kaling to the days of The Office. Joining this Office alum trio is Sam Register (Batman: The Killing Joke), also serving as an executive producer.

Like the rest of the Mystery, Inc. team, the character of Velma Dinkley has been around for more than 50 years. First appearing in the Hanna-Barbera animated series Scooby-Doo, Where Are You?, Velma and her buddies — Fred, Daphne, Shaggy, and Scooby-Doo — have been running around solving mysteries of all sorts and doing fun things like unmasking their suspects at the scene of the crime for so long they’ve become pop culture icons. In recent years, the Scooby-Doo gang have gotten their own movies, including the 2002 live-action romp Scooby-Doo, which saw Linda Cardellini play Velma, and the 2020 animated movie Scoob!, which featured Gina Rodriguez stepping into Velma’s shoes (and oversized specs).