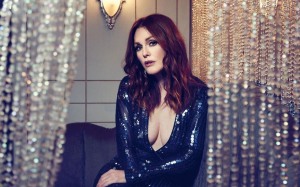 Oscar winners Natalie Portman and Julianne Moore are set to star in the drama May December from director Todd Haynes. The acclaimed filmmaker is directing from a script by Samy Burch, based on a story by Burch and Alex Mechanik.

Portman will play a Hollywood actress who travels to the picturesque coast of Maine to study the real-life woman (Moore) she’s set to play in a film. Moore will play a woman who was the subject of a tabloid scandal two decades prior after she married a man 23 years her junior. As Moore’s character and her much younger husband prepare to send their twin girls off to college, the family dynamic begins to unravel under the outsider lens of Portman‘s character.

Will Ferrell and Jessica Elbaum are producing under their Gloria Sanchez Productions banner along with Christine Vachon and Pam Koffler of Killer Films as well as Portman and her Mountain A partner Sophie Mas. Production is slated to start next year, and the project will soon be shopped at the Cannes virtual market.

“What so appealed to me about Samy Burch’s exceptional script was how it navigated potentially volatile subject matter with a kind of observational patience that allowed the characters in the story to be explored with uncommon subtlety,” Haynes told Variety, which first reported the news.

Haynes previously worked with Moore on Safe, Far From Heaven, I’m Not There and Wonderstruck. The director also has the Apple documentary The Velvet Underground debuting at Cannes this year. Haynes‘ work has never really been my cup of tea, but I did enjoy his most recent film, the legal thriller Dark Waters starring Mark Ruffalo.

Portman, who won an Oscar for Black Swan, just wrapped Marvel‘s Thor: Love and Thunder, while Moore won her Oscar for Still Alice and can currently be seen as the lead in Lisey’s Story on Apple TV+. She also appears in The Woman in the Window and will be seen in the feature adaptation of Dear Evan Hansen later this year. These are two of the finest actresses working today and I look forward to seeing them go toe-to-toe in this film, which boasts an interesting premise that should sustain plenty of drama and suspense. Don’t be surprised if May December turns out to be an awards contender down the line…