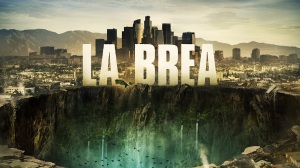 The television drama La Brea is officially set to premiere on NBC next month, and Collider can exclusively reveal new posters for the series. The show follows the aftermath of what happens when a huge sinkhole strangely appears in the city of Los Angeles and literally tears a family of four in two, sending mother and son into a strange prehistoric world where they must figure out where they’ve ended up and — more importantly — how to get home.

La Brea will premiere September 28 on NBC. Check out the exclusive poster artwork, which showcases the striking differences between worlds above and below, as well as the synopsis and series teaser trailer:

When a massive sinkhole mysteriously opens in Los Angeles, it tears a family in half, separating mother and son from father and daughter. When part of the family finds themselves in an unexplainable primeval world, alongside a disparate group of strangers, they must work to survive and uncover the mystery of where they are and if there is a way back home.