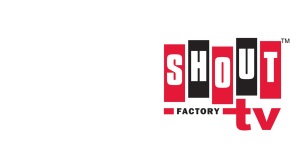 Most horror fans know of Shout! Factory’s Scream Factory sub-brand as a highly popular media distributor of horror movies’ Blu-ray, DVD, and Digital editions since its launch in 2012. The brand focuses on delivering and keeping alive the cult classic horror and sci-fi films that established the genre and gave it a solid place in Hollywood storytelling. However, the company is committed to distributing modern horror tales as well.

Scream Factory TV will show a variety of classic horror, thriller, and science fiction movies such as Bad Moon, Black Christmas, Carnival Of Souls, The Cat O’ Nine Tails, Chopping Mall, Class Of 1984, Communion, The Company Of Wolves, The Crush, Dark Star, Day Of The Dead, The Exorcist III, Forbidden World, Galaxy Of Terror, House On Haunted Hill, Humanoids From The Deep, The Last Man On Earth, Magic, Night Of The Demons, Night Of The Living Dead, Nightbreed: Director’s Cut, Nosferatu, Piranha (1978), Silent Night, Deadly Night: Part 2, Sleepaway Camp, The Slumber Party Massacre, The Stepfather, Willard, Witchboard, and Witchery upon launch of the new channel. It was also mentioned that Scream Factory TV will feature special events and curated marathons.

The main company, Shout! Factory was founded in 2002 and began as a home video distribution company that released cult classics and fan favorites from an eclectic range of genres, such as Freaks and Geeks and Mystery Science Theater 3000.

Fast-forward 20 years later and the Shout! Factory company has now branched out to include a multi-platform streaming service for classic films and pop culture media, as well as a children’s entertainment branch which features something for young people of all ages. Some notable releases include everything from anime, like Tokyo Godfathers, to documentaries such as What We Left Behind: Star Trek: Deep Space Nine, which included a chat-along with John Champion. They also began releasing original content in 2015 creating a space for independent media to be enjoyed by a wide audience.

Be prepared to have nightmares starting April 15, but until then, see Scream Factory TV’s official announcement in the video below: