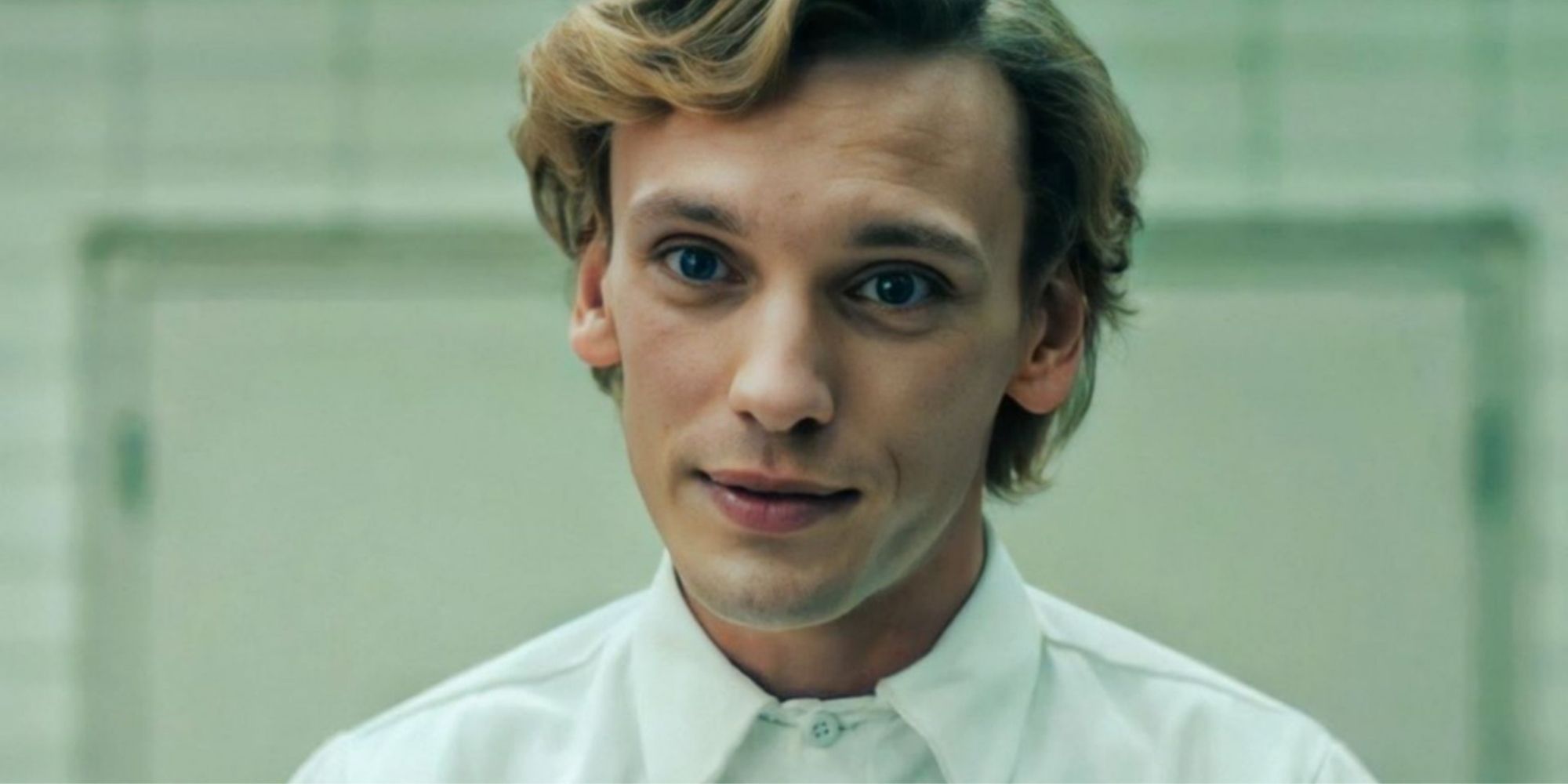 A few weeks back, we got a quick behind the scenes peek at some of the makeup that went into creating Season 4 of Stranger Things’ terrifyingly evil bad guy, Vecna (Jamie Campbell Bower). That initial image, which was shared by makeup artist Barrie Gower on his Instagram page, got up close and personal with the flabby skin and veins that cover the character top to bottom. Today, the show’s Twitter account gave us another behind-the-scenes look at the creation of Vecna. Thankfully, it’s a timelapse, because honestly the makeup and prosthetics needed to bring Season 4’s biggest baddy to life looks like it takes up a lot of the day.The clip starts with Bower seated in his makeup chair, gazing at his phone – lucky for him, he’s able to play Angry Birds, check his Instagram, and run a Google search or two during what looks to be a daunting process. It all starts with some slicked back hair, and we’re off to the races. Under the direction of Gower, the prosthetics and makeup team work at light speed to slap fake veins and saggy pale skin on the actor who continues to play on his phone and sip his Starbucks throughout the process. While he’s been compared to Freddy Krueger in the past, we can’t help but catch an if the Grinch from Jim Carrey’s How the Grinch Stole Christmas was turned inside out and given a Voldemort flair from this clip. Just us? When all is secure and the final touches are set into place, the clip cuts out to reveal Vecna lording over his realm in the Upside Down.

Volume 1 of the fourth season of Stranger Things gave audiences countless twists and turns, but the biggest one was probably the reveal of Vecna. When we were introduced to the character, he was but a kind and quiet hospital orderly, but who – or rather what – he turned out to be was something much more sinister. As the season progressed, we came to discover that the young man wasn’t who he said he was and was actually Henry Creel, the son of Victor Creel (Robert Englund), and the first child experiment at Hawkins Lab which gave him the affectionate name of “Number One.” We also learned that Eleven (Millie Bobby Brown) is the one who scarred Number One by blasting him through space and time, straight into the Upside Down.

And hammering down that “telekinetically blown into another universe” look was no easy task, but somehow Gower and his crack team of professionals pulled it off. By now, everyone knows that the first installation of the Duffer Brothers helmed Stranger Things Season 4 is shattering Netflix’s streaming records and finding itself as the top watched series. While the acting is a notch above the rest, with an incredible storyline to boot, it’s also definitely true that the intricate makeup and prosthetics are what gives the series that extra “it” factor.

Volume of Stranger Things season four is streaming on Netflix now. You can check out the making of Vecna clip below.