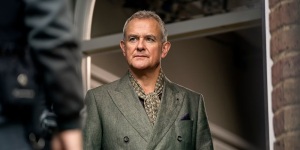 Judging by the expressions on their faces, something mischievous and downright sinister is on the way for the cast in Babak Anvari’s I Came By. Today, Netflix took to Twitter to share four first-look peeks at the upcoming film that’s set to drop in select theaters on August 19, before heading to the streamer on August 31. Boasting an A-list cast including Hugh Bonneville, George MacKay, Percelle Ascott, and Kelly MacDonald, the thriller promises to deliver on nail-biting moments and plenty of jump scares. Along with directing, BAFTA recipient Anvari also penned the film’s screenplay alongside Namsi Khan.

Known for his terrific work behind horror and thriller based films including Wounds and Under The Shadow (which earned him the BAFTA for Outstanding Debut By a British Writer, Director, or Producer), we know the terror that will unfold in I Came By will keep us on the edge of our seats.The feature centers around an up-and-coming, yet still underground and unknown, British graffiti artist (MacKay), who likes to add an extra layer of thrill into his spray paint escapades by breaking into the homes of the rich (and sometimes famous). Once inside, he takes his artistic freedom to the next level by coating their walls and prized possessions in his paint-based musings.

While he’s obviously seen as a menace by members of high society and the police tasked with finding him, those in the lower classes celebrate the elusive painter as a cheeky hero. But after one break-in (presumably to the home of Bonneville’s character) goes awry, the artist finds himself trapped in a cat and mouse game full of secrets and deadly consequences.

In the first image, we see our wealthy and powerful antagonist (Bonneville) dressed to the nines and speaking with a police officer, presumably about something relating to the spray can caper. MacKay and Ascott’s characters take center frame in the next shot with both men looking equal parts sweaty and worried. Donning all-black outfits, it appears as though the rebellious artists have just returned from one of their outings and have perhaps seen something they can’t unsee.

In an action shot, we catch who we presume to be MacKay and Ascott’s characters getting down to business. In a dark room illuminated only by their headlamps, the duo leaves their markings on another pristine wall belonging to a high member of society. The final photo sheds some light on MacDonald’s character whom we know little about. Judging by this shot, we’re thinking that MacDonald will be one of the police officers either after the mysterious painters or the even darker forces that reveal themselves during the feature.

These photos have been the first official pieces of media coming from the team behind I Came By, so there’s still a lot left to speculate on. Lucky for us, the premiere of the film is only two months away, and a trailer will most likely be on the way sometime soon. For now, you can check out the rest of the images down below and stay tuned at Collider for future updates! 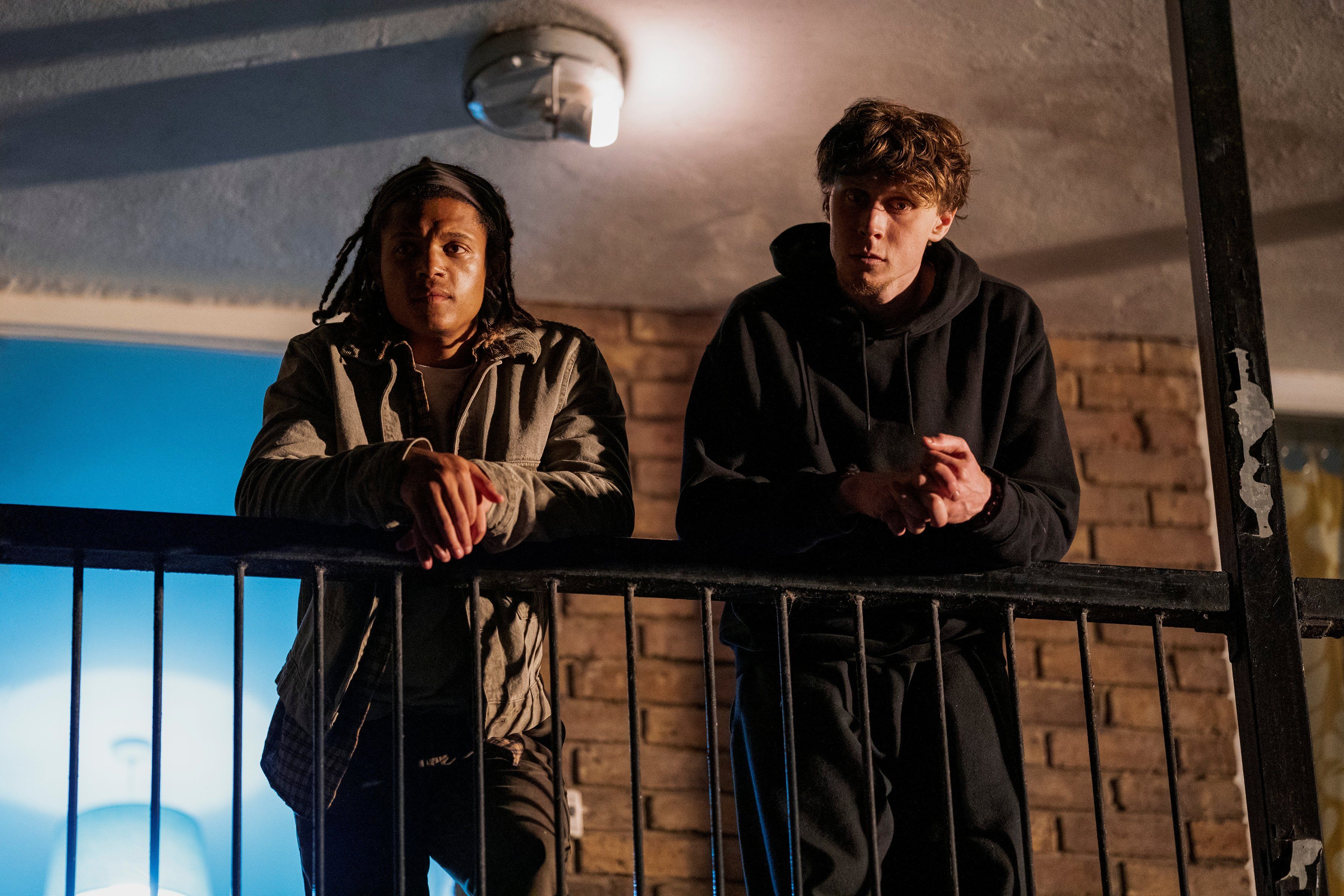