People Magazine has premiered some images from Prime Video‘s upcoming psychological thriller Goodnight Mommy. Based on the 2014 Austrian movie of the same name, the story centers around two twin brothers who start not to trust their mother after she has some work done and comes back home with her face hidden and exhibits completely different behavior. They start to wonder if the woman who left is the same one that came back.

The first-look images reveal the title character, played by Naomi Watts with her face hidden beneath bandages – which, of course, have a slightly creepier aspect than in reality, and a balaclava-like quality to them. The images also show Watts’ character reading a story to her kids, still in creepy attire. In an interview with People, the two-time Academy Award nominee revealed what was her process in approaching such a different character:

“Every role requires me to explore some part of myself; maybe something deep within me that’s been left untapped might come through. There’s been a common thread perforated throughout my career, but I always try to find roles that teach me something new. This was no different. It was quite confronting to face that level of darkness. It was definitely one of the most challenging characters I’ve played. It was almost impossible to identify with some of her choices.”

In addition, the first-look images reveal the onscreen twins in character: Cameron and Nicholas Crovetti, who are best known for playing Nicole Kidman and Alexander Skarsgård‘s twin kids in HBO‘s hit series Big Little Lies. Cameron also rose to prominence after playing the son of superhero Homelander in Prime Video’s The Boys – a role that will expand in Season 4 after Cameron got promoted to series regular on the show.

Goodnight Mommy is directed by Matt Sobel, and it’s the filmmaker’s follow-up to his 2015 feature film debut Take Me to the River. Sobel also helmed episodes from Netflix horror series Brand New Cherry Flavor. The screenplay for Goodnight Mommy is written by Kyle Warren, who previously wrote for the Lethal Weapon TV series.

The original Austrian version of the story is highly acclaimed and earned a cult following after its run in several film festivals. When asked about how he’s going to differentiate his version from the acclaimed European flick, Sobel suggested that tone is key:

“I saw an opportunity to preserve this unique mixture [tantalizing mystery and thrills with rich and resonant emotion] while injecting a completely new set of themes we wanted to explore. […] The original is more interested in tone and aesthetic, while our reimagining favors character and psychology.”

Prime Video premieres Goodnight Mommy on September 16. Check out the new images below: 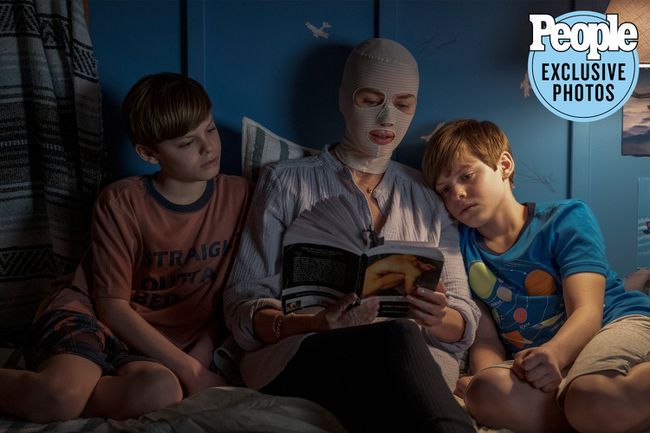