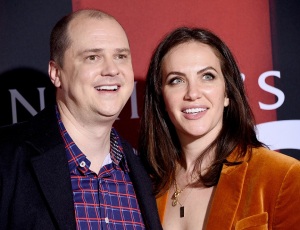 It has been an amazing time to be a horror fan. Over the last decade, there have been so many new amazing films and shows that have terrorized audiences across the globe. At the center of most horror fans’ nightmares has been Mike Flanagan. Now, the brilliant genre filmmaker, along with his partner Trevor Macy, has signed a new exclusive deal under their Intrepid Pictures label with Amazon Studios.

The multi-year deal would see the pair develop and produce projects to be streamed exclusively on Prime Video according to a report from Deadline. This news comes as Flanagan and Macy‘s previous deal with Netflix is about to end. When talking about the exciting new deal head of global television at Amazon Studios, Vernon Sanders, said, “Mike and Trevor are remarkable at telling immersive, suspenseful stories that masterfully keep audiences engaged from start to finish.” They finished off by saying, “We are excited to welcome them to Amazon Studios and are looking forward to our global customers experiencing their genre-bending creativity.”

“Amazon is a studio that we have long admired. Their commitment to engaging in groundbreaking series and content aligns with the ethos of what we have built at Intrepid. We are looking forward to working with the entire Amazon team as we bring our brand of genre productions to the service and audiences around the globe.”

This is amazing news for any horror fan, especially if you’re a fan of Flanagan’s vast spooky library of work. Flanagan, where the modern genre is concerned, is arguably the best horror filmmaker working today. No other director has impacted the genre in both film and television quite like Flanagan has. On the film side of things, the writer-director has crafted such masterpieces as Oculus, Hush, Gerald’s Game, and Doctor Sleep. His jaw-dropping TV credits include The Haunting of Hill House, The Haunting of Bly Manor, Midnight Mass, and the recent YA hit The Midnight Club. In particular Hill House and Midnight Mass are two of the best TV shows in history.

However, all of Flanagan’s TV work has been done with Netflix up to this point with his upcoming limited series The Fall of the House of Usher being the last piece of content the director is producing with the streamer under their current deal. Another reason why this is potentially great news for horror fans is that Amazon has shown that it’s more physical-media-friendly than Netflix. Netflix rarely puts out its exclusive content on Blu-ray and most of Flanagan’s work for the streamer like Midnight Mass, Hush, and Gerald’s Game never received a physical release. Amazon on the other hand has shown support of physical media more regularly with their recent Blu-ray releases of their hit series The Boys and Reacher being prime examples. With Flanagan being a big advocate for physical media, hopefully, this means Amazon will release future work from the director on Blu-ray.

While we anxiously wait to see what Flanagan and Macy horrifically cook up with Amazon, you can catch up on the “Flanganverse” now on Netflix. Flanagan will also return to feature directing soon with The Season of Passage. However, Intrepid’s future feature work will remain separate from this new Amazon deal.