Bollywood actress Katrina Kaif was expected to deliver two films this year, one being Phone Bhoot and the other, her first collaboration with South star Vijay Sethupathi, Merry Christmas. While Phone Bhoot hit the theatres in November, Merry Christmas was slated to release on the occasion of Christmas 2022. Though the makers are not able to release the film this year, they have dropped a gift for fans awaiting its release. On Saturday morning, makers of the Katrina Kaif and Vijay Sethupati starrer released the first poster of the upcoming film.

The intriguing first poster of Merry Christmas features two broken glasses of wine. It seems the two lead characters of the film picked up their respective glasses to cheer.

It is worth mentioning here that Bollywood Hungama had recently reported the real reason why the Katrina Kaif starrer Merry Christmas was not able to release during Christmas week. 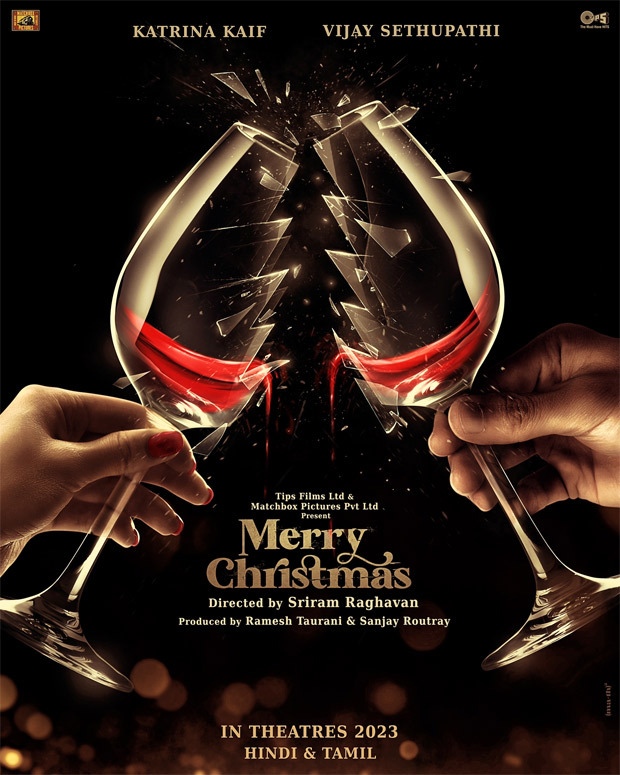 A source close to the development told us, “It was mentioned in the media that Merry Christmas vacated the Christmas date as the makers didn’t want to clash with Rohit Shetty’s Cirkus, starring Ranveer Singh, and Tiger Shroff-starrer Ganapath. These reasons would have been valid had the film been completed in no time. Sadly, the plans went haywire after Katrina Kaif tested positive for Covid-19 in June. A very important schedule, spanning nearly 30 days, was lined up featuring not just Katrina Kaif and co-star Vijay Sethupathi but other actors as well. After Katrina tested positive, it took a while for the makers to schedule and get the dates of everyone.”

The source further added, “The shoot for this schedule finally began in August last week and was completed around the last week of September. Sriram Raghavan then commenced the post-production and he requires at least four months for this process. He won’t compromise on this aspect and he won’t speed up things just because there’s a deadline to be met. The producers also respected that as they are confident about the film and don’t want to compromise on the quality. As a result, they decided to let go of the Christmas date despite their film revolving around the festival.”