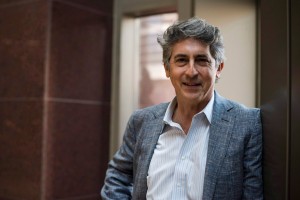 Alexander Payne’s next project has come to an abrupt halt. We reported about a month ago that Mads Mikkelsen was set to lead the father-daughter road trip movie. Mikkelsen would play a Danish journalist who takes a road trip with his teenage daughter across the U.S. as he writes a story for a newspaper. However, now it’s all come crashing down as Deadline reports that Netflix has halted production due to a rights issue even though filming was supposed to begin next week.

Per Deadline, “I’ve heard that the subject of the film, journalist Karl Ove Knausgard, was left with an ‘out’ and had a change of heart about having his story turned into a feature. Attempts were made to pull the film back on track, to no avail.” So basically the rights on the movie fell apart and now Netflix has nothing. I can only assume Knausgard saw Downsizing and thought, “Noooooooooope.”

It remains to be seen if Netflix can convince Knausgard to change his mind, but right now it appears that everyone is just going to move on, which perhaps is for the best. Payne has been kicking around some other projects in the past two years including The Burial and The Menu, so perhaps he’ll move on to one of those. As for Netflix, the streamer isn’t exactly hurting for content, and while they may have one fewer prestige movie at the end of 2020, I doubt they were hanging all their hopes on Payne’s movie. While this sounded like an interesting story, it also sounded a bit reminiscent of Payne’s The Descendants, so I don’t feel like we’re missing out on anything major. However, I am curious to see if Payne will bounceback from Downsizing or if it’s the start of a decline for the acclaimed filmmaker.