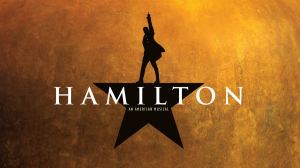 COVID-19 has turned all release plans upside down (it’s also affected everything else in the world, but we focus on movies and TV here). For example, back in February during the Before Times, Disney announced that Lin-Manuel Miranda‘s beloved musical Hamilton was coming to theaters on October 15, 2021. Rather than a straight adaptation, the version coming to theaters would be a filmed production of the original Broadway cast. Disney thought they could keep that in their vaults for well over a year. They were mistaken.

In a sign of how Disney sees Disney+ as a major way to generate revenue and beef up subscribers while everyone is stuck at home, Hamilton will now come to Disney+ in July. This July. July 3rd to be exact. So they moved up Hamilton by about 15 months.

“I’m so proud of how beautifully Tommy Kail has brought ‘Hamilton’ to the screen. He’s given everyone who watches this film the best seat in the house,” said Miranda in a press release. “I’m so grateful to Disney and Disney+ for reimagining and moving up our release to July 4th weekend of this year, in light of the world turning upside down. I’m so grateful to all the fans who asked for this, and I’m so glad that we’re able to make it happen. I’m so proud of this show. I can’t wait for you to see it.”

You’re not going to hear me objecting to this. While it would have been nice to see Hamilton on the big screen, I’m not opposed to watching Hamilton at home over the July 4th weekend and now having the ability to watch this masterpiece whenever I want. However, we should all be prepared for the F-bombs to be muted. Still, I am amused that families will gather with their children to watch this and the show opens with, “How does the bastard, orphan, son of a whore…”